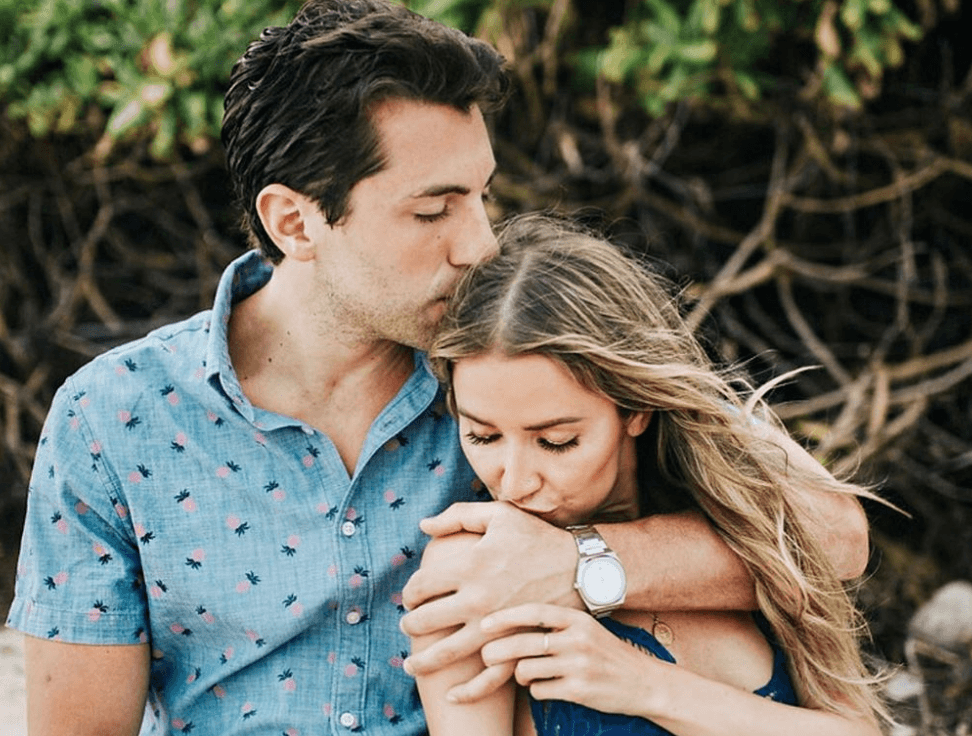 Bachelor Nation fans get ready to swoon, Jason Tartick is celebrating Kaitlyn Bristowe today. In a recent Instagram post, he praised his Bachelor Nation girlfriend. It was so cute!

It’s always fun when two people from different seasons of The Bachelor and The Bachelorette start dating. It proves you can find love on the show even if you aren’t on it together. Now, it’s Kaitlyn Bristowe’s birthday and her boyfriend is celebrating her on social media according to US Weekly.

Kaitlyn Bristowe turns 34 today and Jason Tartick put all his feelings for her on display. He wrote a long Instagram post talking about just how amazing she really is. He said so many nice things about her including how she makes him a better person when he wakes up every day. Everyone needs someone that talks about them like that!

The photo that Jason posted along with the caption is so sweet. The two are embracing on the beach. They really are a pretty couple.

Jason and Kaitlyn have been dating for about six months now. They started out unconventionally. They just kind of mentioned the other was cute on podcasts. Just like that, they ended up together. Since then they have posted super cute photos and really seem happy.

What’s even cuter? They recently adopted a puppy together named Ramen. How adorable is that? Talk about couple goals!

Kaitlyn was engaged before Jason for three years. It’s kind of surprising she and Jason were able to make their relationship move so quickly after such a long engagement. Not to mention, Jason was just recently in love with his Bachelorette. Six months really isn’t that long to be with someone in the grand scheme of life. However, Jason did say things move a little differently in Bachelor Nation.

They do say when you know you know, so Kaitlyn and Jason must know that they have something special. As long as they are happy, that’s what matters. How can they not be happy with a puppy named Ramen?

What do you think of Kaitlyn and Jason’s relationship? Let us know in the comments. Be sure to watch The Bachelorette every Monday night on ABC. Hannah is well on her way to picking her soulmate. You don’t want to miss out!