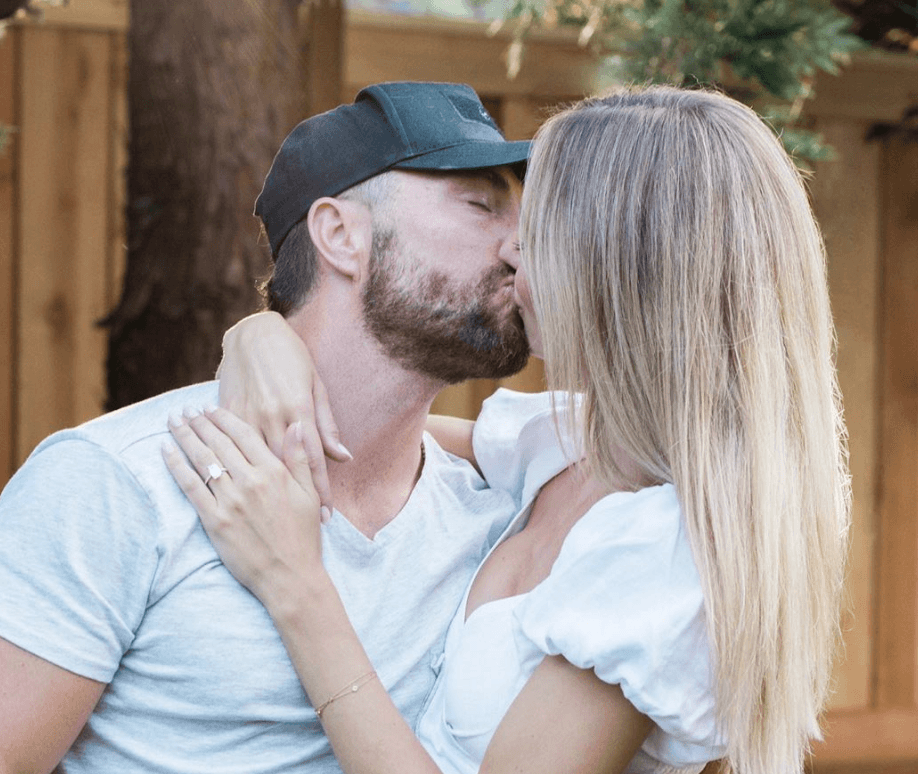 Ben Higgins and Lauren Bushnell were very happily engaged following his time as The Bachelor. However, they had to end things and Ben didn’t take it so well. Now, she’s re-engaged and he’s talking about his feelings.

After Ben Higgins and Lauren Bushnell broke up, Ben really struggled. He even tried to go on Bachelor Winter Games only to find out that he wasn’t ready to move on. Now, she has moved all the way on and is engaged again.

According to People, Ben hopes that this will make their lives completely separate. That’s pretty understandable. You don’t want to always be connected to your ex. That makes it pretty hard to move on, especially if you still have feelings.

“My life will always be tied at some level to Lauren and Lauren’s to mine, that’s just part of it when you’re engaged for a period of time or when you have a serious relationship at any point in your life,” Ben said “You have a piece of them with you,” Ben said on the podcast.

I can’t stop smiling 😭 I feel so incredibly blessed that every misstep, mistake and heartache has led me to you. I couldn’t be happier to call you mine, forever. The journey was well worth it. Thank you Christopher Eric Lane for softening my heart and making it whole. Never going to stop telling you how much I love you and I will hold onto you forever and ever! Lauren Lane has a nice ring to it 💍 PS he wrote me a song 😭 I linked in my bio for y’all. I can’t stop listening or looking down at my hand 😍 thanks @people for covering 💕

Lauren is engaged to her long-time boyfriend Chris Lane but that doesn’t mean that she hates Ben Higgins. According to Ben, they both have to be in each other’s life and want to stay friendly with each other.

What’s so great about their heartbreaking end is the lack of hard feelings for each other. Ben still wants the best for Lauren. That’s why he isn’t angry over her engagement. He simply just wants to be separated from her. That way he can go on with his own life.

Lauren put a really heartfelt caption along with her Instagram post. It’s nice to see her and Ben so happy even if it isn’t together. They definitely both deserve it!

The Bachelorette so far

Meanwhile, Hannah Brown is making her way through the cast of The Bachelorette. A ritual that Ben Higgins is very familiar with. Hannah is doing a great job of staying herself. Reality Steve has even announced the winner.

It’s been a pretty dramatic season so far, but there’s likely much more drama to come.

Are you excited that Lauren is engaged? Let us know if you feel bad for Ben from The Bachelor in the comments. Be sure to watch new episodes of The Bachelorette Monday nights on ABC.