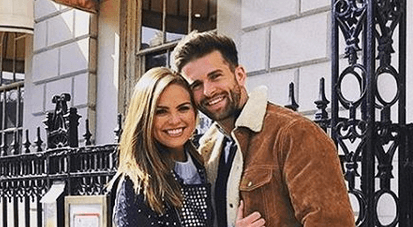 Earlier this week, The Bachelorette‘s Jed Wyatt found himself in a little bit of trouble. His ex-girlfriend, Haley Stevens, shared some details about their relationship. This was the first time that she had shared this information.

As it turns out, Jed was actually dating Haley when he went on Hannah Brown‘s season of The Bachelorette. At the time, he claimed that he was going on the show for his career. Haley shared that Jed said, “He told me [early on] that he had applied. He said, ‘It’s probably not going to happen, but it’s a huge opportunity. I’m only doing this for my music.’ He only did it for his career.”

Then, Haley added, “He wanted a platform. He kept telling me, ‘I don’t want my dad to have to help me pay rent anymore.’ He said he only wanted to be top five … to be a major player so that it would be beneficial.”

For much of his time on the show, he acted as if it was all for his career. When Haley recently opened up, it became obvious that the show became more than that to him. When he came back from the show, it seemed like he had moved on from her. He ended up ghosting her.

What did Haley go public about The Bachelorette‘s Jed Wyatt?

In a recent interview with E! News, Haley talked about Jed cheating even more. It seems like she didn’t mean for all of this to go public. She was doing fine and working through it herself. Then, she eventually came out and told everyone about her relationship with Jed. In the interview, she said, “Honestly, I never planned on opening up about any of this. I planned to keep my head down and get through it.”

Another reason that she didn’t come forward about the cheating claims is that she didn’t think she would be believed. She describes her feelings, saying, “This is the most-watched television show in all of the country and everyone loves the guys on the show, why would anyone believe what I had to say?”

Then, her thoughts changed. She said, “This was my love story. I wanted to be in control of what people said.”

When Haley decided to come forward about what had happened between her and Jed, it seems like she did want some closure. As mentioned, he ghosted her. They ran into each other when Jed returned from The Bachelorette, but he didn’t give her any sense of closure. He didn’t talk about their relationship.

On Wednesday, Haley shared an Instagram post. In the post, she thanks her fans for their support during this time. Though this is a challenge for her, Haley has received plenty of love from her social media community and others.

To everyone who sent an encouraging or supportive message: Thank You. You will never know how much each one has meant to me. To everyone who sent messages relating to my story I hope you know that you’re not alone. Your story matters. Your heartbreak matters. Thank you for reassuring me that mine matters too.

What do you think about Haley’s choice to talk about Jed like this? Let us know in the comments. Don’t miss Jed on The Bachelorette Monday nights on ABC.