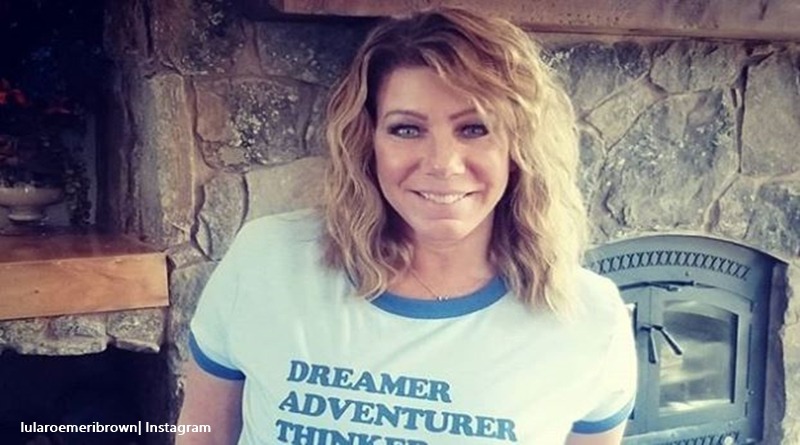 Sister Wives fans know Kody Brown’s has plenty of children. However, he and Meri only have one – Mariah – all grown up and engaged to Audrey Kriss. So, for fans of the TLC show, it’s a treat to see Meri with one of the smaller kids. Monday, she posted up a photo of her cuddling up with Kody and Robyn’s son Solomon after he took a “spill.”

Sister Wives fans treated to a photo of Meri and Solomon

Meri took to her Instagram Monday and shared the photo of her with Solomon. Solomon’s turning eight years old this year but even big boys need a cuddle now and then. Meri said that the poor guy had a “spill on his bike.” She added, “This little guy needed some snuggles…That’s ok, I’ll snuggle and cuddle him any day!!” Aww, he’s looking all cute and Meri’s got that big smile on her face to cheer him up.

One fan playfully suggested that Solomon “looks more like Kody than Kody.” Well, Meri seemed happy enough to reply to fans of Sister Wives, so she said, “wait, is that possible?? Lol!” Others also noted the strong resemblance between father and son. Another fan noted just how quickly he’s growing up. Certainly, he’s not a little tiny tot any more.

Solomon takes a spill, did you know which child he was?

Over the years, the line of children Sister Wives fans saw arrive in the family grew exponentially. Actually, Kody almost rivals Jim Bob Duggar from 19 Kids and Counting. Altogether, he and his wives Meri, Janelle, Christine, and Robyn produced plenty of children. If you count Robyn’s adopted kids, they have 18 and a second grandchild on the way. Axel, the first grandchild’s set for a sibling in August this year. Well, maybe sooner judging by photos of Maddie Brown Brush on her IG lately.

If you were not sure which child Meri Brown cuddled, Kody and Robyn’s son Solomon’s the youngest boy in the family. All his male half-siblings are older than him and already into or through their teens. So, he’s easy to spot in the crowd. His direct siblings include little sister Ariella, Breanna, Aurora and Dayton. With all the kids in the family and Mariah away in Chicago, it’s nice for Meri to be able to spend time with some of the youngsters.

This little guy needed some snuggles after a spill on his bike. That's ok, I'll snuggle and cuddle him any day!! 💙💙💙 #LivingMyWhy #BecauseICan #LifeFulfilled #LoveThisKid #MyBuddy

The next season of Sister Wives started filming

The next season of Sister Wives looks set to come back to our screens. That’s because some camera crew was spotted filming Mariah. TV Shows Ace noted that “over Memorial Day weekend…The film crew was spotted with them. Plus, on her Instagram, Mariah posted up about how they love their camera team. So, it’s no longer a big secret about a new season.” Some fans think it really would be nice if we manage to see a little bit more of some of the younger kids.

What do you think of Meri Brown cuddling up to Solomon after his “spill off his bike?” Do you think it’s nice for Meri to play ‘mom’ to some of her stepchildren? Sound off your thoughts in the comments below.