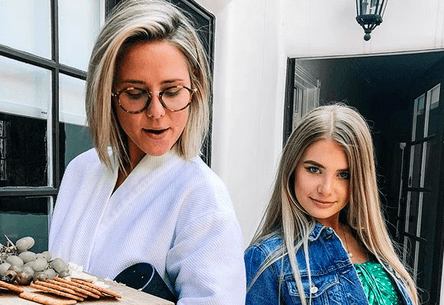 On Tuesday, June 18, Reality Steve shared a handful of spoilers about The Bachelorette and Bachelor in Paradise.

Apparently, Reality Steve has known that Demi is bisexual since January. In an attempt to respect her privacy, he has kept quiet about it. He wanted to give her a chance to come out publicly. Because Kristian is joining her on Bachelor in Paradise, Reality Steve thought it was time to share the news.

Then, he continued, “As prepping for Paradise was going on during the last month, word got around and I heard that Demi had a girlfriend and that she was planning on bringing her on the show.”

Reality Steve reveals how Demi came out on Bachelor in Paradise. He writes, “Demi’s girlfriend showed up on the beach late last week, Demi told everyone this is the woman she’s been dating, they were given a date card that night, and got to stay on the show. Demi’s girlfriend is Kristian Haggerty.”

Once the news broke that Demi is dating Kristian, fans of Bachelor in Paradise were able to track her down on Instagram. On her profile, she has shared a few pictures of herself and Demi. Based on what we can tell, the two seem pretty serious.

Demi and Kristian on Bachelor in Paradise

It comes as a bit of a surprise to everyone, including Reality Steve. Kristian is actually joining the show and will be there to stay. In the spoilers, Reality Steve says, “Demi and Kristian have been seeing each other since around February, and all this of Kristian coming on the show was pre-planned.”

Then, he continues, “Demi talked about it with producers, she knew Kristian was gonna be brought in after filming had started, and she wanted to use the show as an outlet to come out as bisexual. They’re not having Kristian battle over other men for Demi or anything like that. They are there and they are a couple and, seemingly, I guess just seeing where it goes. But the fact they didn’t leave together right away makes me think these two will stay til the very end.” This is a big change from how they have done things before.

Demi and Kristian are the first same-sex couple in the Bachelor franchise. Maybe they are paving the way for more same-sex couples on the show in the future. Because of this one couple, everything could change.

What do you think of this news from Reality Steve? Are you excited to see Demi and Kristian on the show together? Let us know in the comments!