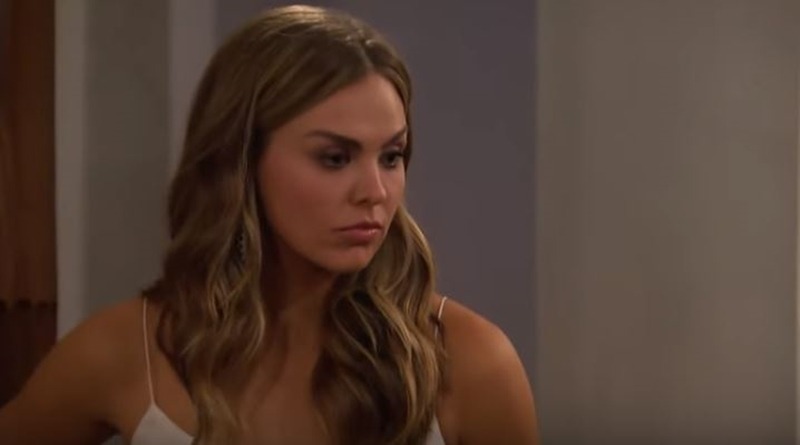 The Bachelorette 2019 aired another episode on Hannah B tonight and fans aren’t happy with it. In fact, even guru Reality Steve on Twitter said it “insult[s] our intelligence.” Fury erupted on his thread as some fans found it the most boring episode ever. However, there’s possibly a good reason for it, as it looks like Hannah B nearly “bailed” on the show.

TV Shows Ace reported that the entire episode of The Bachelorette “was a large recap of what has already happened this season.” That really annoyed a lot of people on Twitter. In fact, they were flummoxed and critical of Chris Harrison. The conversation came after Reality Steve posted, “Wait, are we supposed to believe this was filmed in Latvia?” He also asked, “Why are they talking in real time?”

Steve noted that “They’re at the mansion and this was clearly shot after filming was over. They didn’t go back to the mansion during filming. Please don’t insult our intelligence.” Well, it should be noted that Chris told E!News, “Bachelor Nation’s going to be throwing stuff at their TV.” He’s right on that point, as others ranted on Reality Steve‘s thread.

Wait, are we supposed to believe this was filmed in Latvia? Why are they talking in real time? They’re at the mansion and this was clearly shot after filming was over. They didn’t go back to the mansion during filming. Please don’t insult our intelligence.

Fans vent about the boring episode and more

Fan of The Bachelorette could not get their heads around this mostly recap episode and here’s what they had to say about it:

The reasons explained by Chris Harrison

Many more angry comments followed on Reality Steve‘s post about The Bachelorette on Twitter. However, probably anticipating this reaction, Chris spoke to E! News ahead of the episode. In a long-winded interview, he went on about how the other guys all take a step back in the face of the Luke P storyline.  They complain a lot, but in fact, that takes the focus back not Luke P. Actually, he noted that most of the men just never get much input and viewers may not even know much about them because Luke P is something Hannah can’t put away.

He told E!News, “And then we end up in Latvia and we have this conversation, which I was hoping was going to kind of reset her and reset the mood and the tone, and it got even darker and it got even more desperate, and to the point where she’s not sure if this is gonna work, and then she’s not even sure how it ever works.” In fact, he used the word, “bail.” They actually thought Hannah B might not see out the show.

Anyway, hopefully, things liven up for The Bachelorette fans going forward. As if to make up for it, Chris promised things will get “tumultuous” going forward.

What did you think of the episode with Hannah B mainly in recap mode? Did you get thoroughly bored with it? Are you one of the furious people who think it’s the worst season ever? Sound off your thoughts in the comments below.