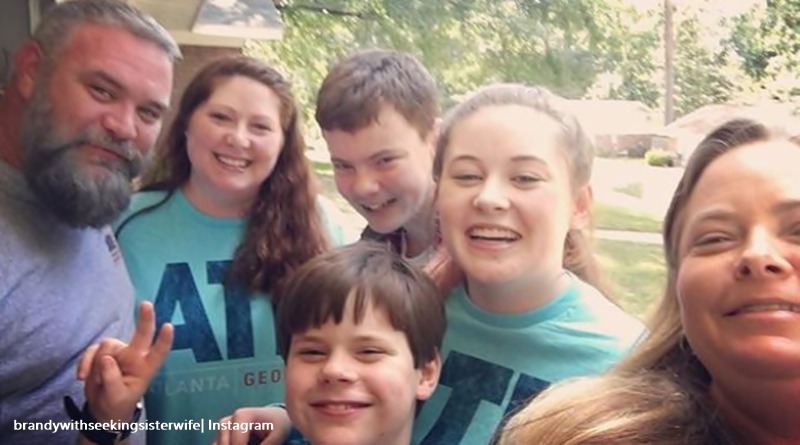 Seeking Sister Wife fans heard the tragic news of Bernie McGee’s death this weekend. Sudden and unexpected, Paige and the boys undoubtedly reel with grief as his passing came so suddenly. Brandy, the potential sister wife in season 2 of the TLC show opted out of the relationship, but she must be hurting as well. On Sunday, she took to her Instagram to share her condolences with Bernie’s family.

One thing about Brandy, she’s been very careful on social media since the Seeking Sister Wife show ended its second season. She’s never said anything to hurt Bernie’s boys and keeps quiet about Paige as well. Possibly, that’s because not all the memories of the family are bad. TV Shows Ace spoke to Brandy in an exclusive interview in May. Back then, she recalled some of the good times.

We reported on some scenes that never made it to the final Seeking Sister Wife show. “Brandy says one of those gives her good memories, and it involved the kids,” we explained. “Brandy came over as particularly good with kids on the show, so that’s no big surprise. Brandy explains it came during her “second trip” to the McGees and “[she] sat down to help the boys with their school work. “The laughing and joking were awesome,” Brandy says.

Brandy never said very much in her caption, but the photo she posted shows a flashback to some happier days.  In it, we see Paige, Brandy’s daughter, the two McGee boys, and Bernie all gathered around the camera. Brandy captioned it with, “Thoughts and prayers for the McGee family.” Brandy and her daughter spent quite some time with all of the family, and really, it’s obvious she’s hurting as well.

Seeking Sister Wife fans reacted to the post and here’s what some of them said to her:

Thoughts and prayers for the McGee family.

The news broke of Bernie’s death and Brandy posted up a card message that said, “Yes, I know that I’ll be fine and things will work themselves out.” It went on, saying, “I know that what’s meant for me will always be for me.” At the end, Brandy noted that sometimes life throws bad things your way and it gets…heavy.” Seeking Sister Wife fans also responded to that post, saying how it’s “heartbreaking” and they recognize Brandy also needs some “condolences.”

Don’t expect Brandy to say much more than she already has. TV Shows Ace reached out for a statement, but Brandy politely declined as the McGee family try and cope with their pain.

What do you think about Brandy sending out her condolences to the McGee family following the sudden death of Bernie? She’s probably hurting as well right now. Did you think of Brandy when you heard the bad news? Sound off your thoughts in the comments below.