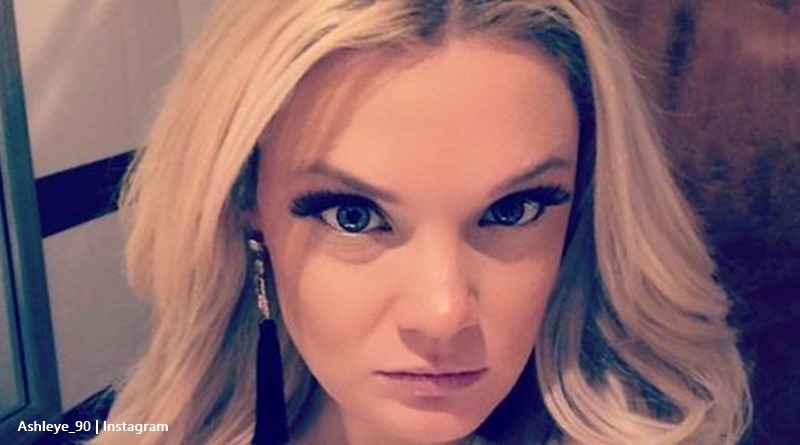 90 Day Fiance: Happily Ever After? fans know that one thing Ashley Martson brings is loads of drama to the show. In fact, that drama carries over into her social media and it really annoys some followers of the TLC show. Now, ahead of her retreat into rehab for depression, she said “sorry” for “the drama.”

90 Day Fiance: Happily Ever After? fans heard about Ashley Martson and rehab

Ashley announced that she’s going into rehab as an in-patient as she needs to deal with her depression. Radar Online reported on Thursday that she said, “‘At this time, I’m focusing on my happiness and my future to better myself.” She added, ‘”I appreciate the support from TLC and the audience of 90 Day Fiancé.”‘

Over the weekend, Ashley also did some chatting about it with her Instagram Stories to fans. Essentially, she said the same thing she told Radar about her reasons for going into rehab. Plus, she elaborated to E!News about her decision, saying, “‘A lot of me deciding to seek inpatient help had to do with Jay [Smith], but I was kidnapped and r*ped in 2005.” She added that she never went to “therapy over it.”

Ashley says ‘sorry’ in a new IG story about ‘the drama’

Late Sunday night, ahead of starting her rehab, Ashley posted up another Story on her Instagram. This time, she apologized for all the drama. In her post, she said, “I apologize for the drama.” She said to 90 Day Fiance fans that she knows some “people love the drama.” However, she also acknowledged that not everyone does. To those people, Ashley said, “I’m sorry.”

Then, she went on a little bit more about her current situation, noting she’s “beyond hurt and feels completely betrayed and disrespected.” Ashley noted, “I pray this week helps me find the happy, loving Ashley that I know is in there.” Next, she went on to explain a bit more, saying she’ll be “silent on social media.” That’s so she can “better focus on [her] mental health.”  It’s important for her to look at her “overall wellbeing.” She wants to “be the best version of [her] that she can be.”

Thanks to those who supported her so far

Wrapping up her Instagram Story for 90 Day Fiance fans, Ashley spoke about how her social media will be addressed this coming week. She said that “her team” will manage her social media while she’s in rehab. And even then, that will only be for “business purposes.” Finally, Ashley thanked fans who supported her and said she’ll be “back soon.” On the side of her post, she noted, “The Oscar goes to my inability to cope.”

What do you think about Ashley Martson saying “sorry” for “the drama?” Agreed, not everyone likes the drama, or at least not as much drama as she managed to bring to the show. Do you hope her week in rehab works for her? Sound off your thoughts in the comments below.

Remember to check in with TV Shows Ace often for more news about 90 Day Fiance: Happily Ever After?

‘Yellowstone’ Season 4: Why Wasn’t It On Tonight?
‘LPBW’ Tori Roloff Opens Up About Miscarriage, Hopes For Another Baby
‘You, Me, And My Ex’: Kayee & Jerry’s Race to Relationship
’90 Day Fiance’ Spoilers: Are Angela And Michael Still Married?
‘Deadliest Catch’ Exclusive: Harley Davidson Helps the F/V Cornelia Marie Out Of A Jam