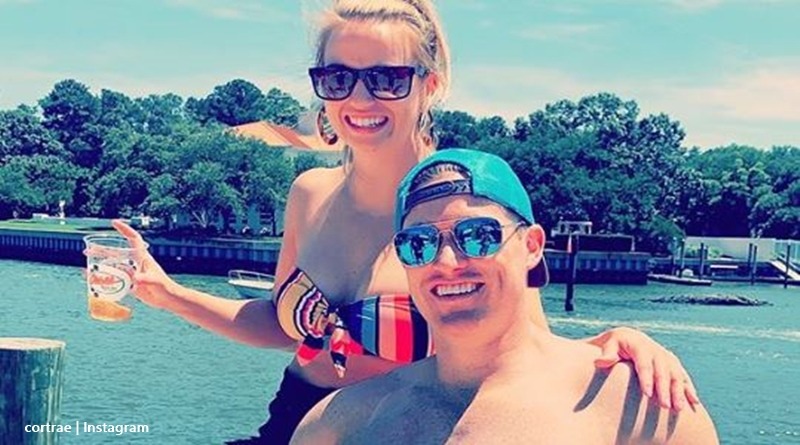 Married at First Sight fans were saddened to hear that Cortney Hendrix and Jason Carrion’s marriage never worked out. In fact, the news came out that they filed for divorce in February this year. Now, thanks to some photos she posted on Instagram, fans wonder if she’s dating again.

TV Shows Ace reported on the divorce in late March. Married at First Sight fans hoped they might divorce and then continue dating. However, their hopes were dashed. We reported, “Cortney Hendrix admits that at one time they thought they would divorce and then date. They would hopefully end up married again, but not at first sight. Instead, it would be done the way that most couples do it. Sadly it turns out that this isn’t the case at all, though.”

In her Instagram dated March 28, Cortney said that Jason would “always have a special place in my heart and my life.” However, since then, she posted nothing further about him. Obviously, she’s just moved on from that bad place. Now, it seems that maybe she found a new man, and fans suspect that because of two recent posts.

Cortney attends a function with another man

It looks like Cortney attended a wedding. While she noted it was not her wedding, she posted up a photo that showed her quite close to a hunky looking guy. One photo showed them all dressed up but the second one showed them more relaxed and looking a bit cozy. Actually, the first picture of them dressed in their best is not amazing. After all, if you get an invite to a wedding, it’s nice to take along a partner.

The second picture made fans wonder if she’s dating again. However, other fans really couldn’t believe she could date someone else. A lot of comments showed the divorce announcement never made it all the way down the line. Anyway, after reminding Married at First Sight followers that she announced the divorce ages back, many fans expressed their happiness that she now looks to be in a good place.

Is Cortney dating again? Many fans think so

In the picture, Cortney’s got an arm around his shoulder, and he’s leaning into her, so no wonder fans wonder if she’s dating. His name’s not mentioned, but he looks rather nice: very strong and good looking. If he is the new man in her life, Cortney’s surely landed Mr. Handsome! Here’s what fans said about it:

Check out another photo with him she posted as well.

What do you think about the way it looks? It seems that Cortney Hendrix might be dating again after her divorce from Jason Carrion. Sound off your thoughts in the comments below.

Remember to check back with TV Shows Ace often for more news about Married at First Sight.