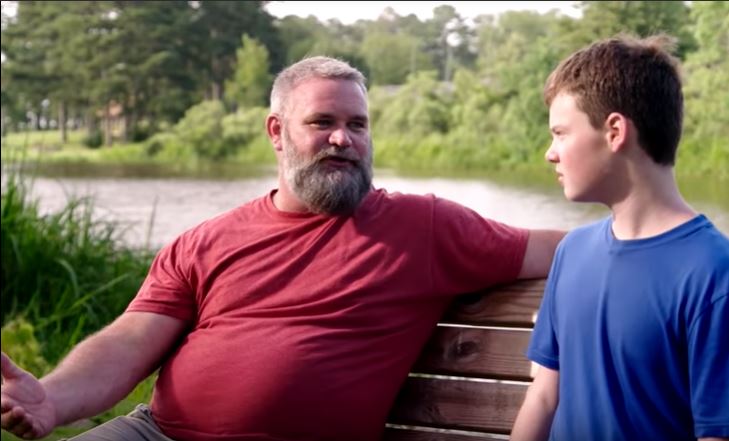 The sad news that Bernie McGee of Seeking Sister Wife passed away just came out. He was on a bicycle ride when he didn’t feel well and ended up dying. If you saw the show, you know that Paige and Bernie McGee have two children. This hasn’t been easy on her and now someone has started a GoFundMe to help the family with expenses.

When Bernie McGee passed away, the fans heard the news from Facebook and TV Shows Ace right away. Paige got a call from him while out riding his bicycle that he wasn’t feeling well. When she showed up, it was too late and she ended up losing her husband. This is a hard time for the family from Seeking Sister Wife.

A new GoFundMe account was posted today. This account is to help out the family with any expenses they might have, but it wasn’t actually made by Paige McGee. It has been being shared in several Facebook groups today. The GoFundMe is asking to raise $10,000, but so far only a few hundred has been donated.

It explains that Paige and Bernie McGee lost everything to a house fire a while ago. They were doing well again and now she has lost her husband. Two young boys also lost their father. Bernie was actually the only provider for the home when it came to income since Paige didn’t work outside the house.

It was set up by someone named Ginny Marble. Paige’s family has the last name Marble, so you have to assume this is her family who set it up. They didn’t explain that in the post, though. Paige has nothing to do with her brother Patrick Marble. She even went as far as to blame her husband’s death on him.

This is the only campaign that Ginny Marble has ever started on GoFundMe. If you check her out on Facebook, she explains that this was her husband’s first cousin that she set it up for and she seems to just want to help.

Do you feel like this GoFundMe is a good idea? Share your thoughts in the comments below. So far, TLC hasn’t shared if or when Seeking Sister Wife will be coming back.