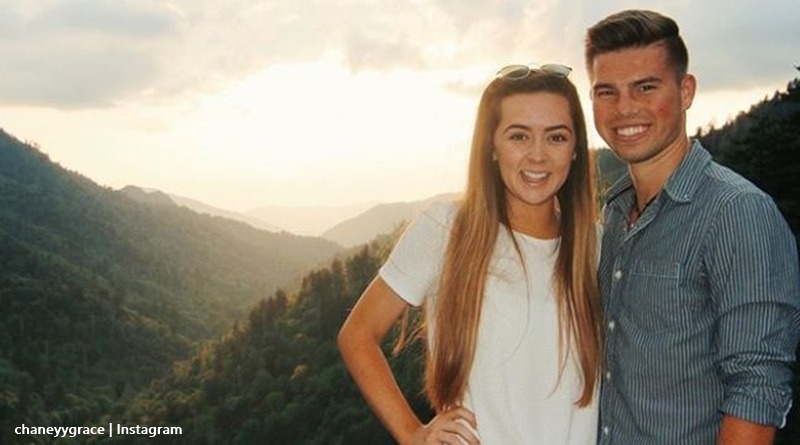 Bringing Up Bates fans speculated that a certain young lady by the name of Chaney Grace and Trace Bates are courting. Previous posts by Trace showed her hanging with him and other members of the Bates family. But now, she posted up a photo of them together on her Instagram. Therefore, fans grow convinced the courting’s much more than rumors. They look very loving and close, so some fans just want them to make it official.

Over on his Instagram, Trace shared pictures of Chaney sitting with him. Plus, another picture revealed them together at Disney. Then they were seen together when visiting his sister Alyssa. One photo, taken at Disney never mentioned any particular love for Chaney, but it came with a caption about friends. It said, “Happiness Isn’t about getting what you want all the time. It’s about loving what you have and being grateful for it.” Trace added the hashtag #friends.

TV Shows Ace reported on all these photos mid-May. We noted about UPtv’s Bringing up Bates, “If you don’t know, Trace is now working as a deputy just like his brother Zach. It looks like things are going well for him and if he is courting that is just another thing going well in his life.” Plus, on Chaney, we said, “Her Instagram profile says, “I will choose to find joy in the journey that God has set before me🌻.” This makes her look like the perfect match for Trace.”

The photo posted up by Chaney Grace convinced Bringing Up Bates fans that they really are dating. Certainly, it seems maybe the relationship’s gone beyond being “friends.” The photo came captioned with, “This sunset was one of my favorites.” Meanwhile, Trace replied, “That’s one sunset I’ll never forget!” In the photo, there’s a stunning sunset behind them. Trace and Chaney stand right up close together and they look very comfortable. It does look like the perfect day to ask her a special question of some sort.

Is it possible he formally asked her to court, or even get engaged in that sunset? Here’s what fans said about it:

What do you think about these photos? Do they convince you that Trace Bates and Chaney Grace are courting? Sound off your thoughts in the comments below.

Remember to check back with TV Shows Ace often for more news about Bringing Up Bates. The family could be waiting on a new season to announce a courtship.