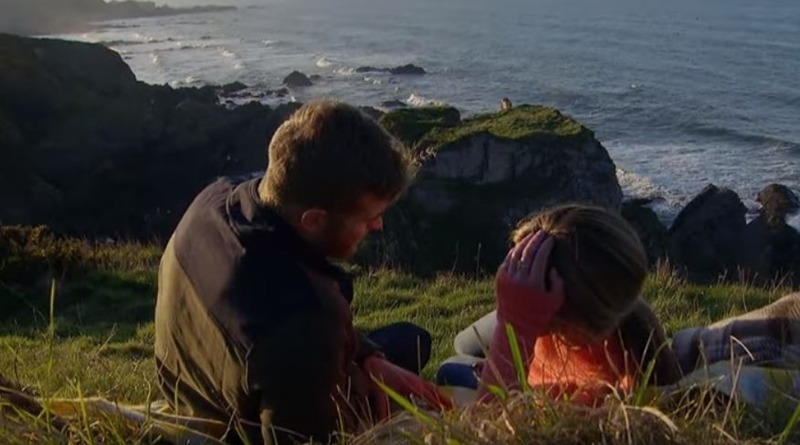 The Bachelorette fans know that Luke P’s very religious. Actually, his bio says he claimed a visitation by God in the shower. Those who might not believe in that sort of thing got a giggle. However, Hannah B’s into faith and religion so maybe that’s why she’s drawn to Luke P. Now, ET Online reveals that Chris Harrison teased they may clash over religion and values.

The Bachelorette spoilers by Chris Harrison on religion, Luke  P, Hannah B

What we don’t see much of is that Hannah B quite enjoys the spiritual and religious aspect of life. ET spoke to Chris Harrison about this aspect. During his chat with them, Chris revealed that they decided to film Luke going to a church in Scotland because Luke wanted to pray. Obviously, we don’t get much of that on the show.

However, they filmed it for The Bachelorette because his religion is quite central to the dynamic between Hannah and Luke. As ET explains, “Harrison [says] there’s still much more to come between Hannah and Luke, and that he might even be the center of one of the season’s most anticipated conflicts.” It seems we’ll see a “heated” discussion on intimacy.

Values and religion interfere in intimacy?

With religion in the picture, probably, Luke P’s not overly keen seeing Hannah B get down and grapple so easily with the other men. While Chris told ET that what we don’t see is the depth of Hannah B’s religious side, we all see her values about intimacy are quite relaxed. We may perhaps assume a clash arises over that, and it may come from Hannah in The Bachelorette.

Explaining this a bit more, the news outlet cited Chris as saying, “Ironically enough, faith is what brought them together.” Plus, he added that “[Luke’s] faith and his conservative values might be their biggest sticking point.” This could even “become the biggest divide between them.” Chris says that The Bachelorette fans will see that “down the road that will come to a head.”

The fact is that fans of The Bachelorette love Hannah B. Actually, the women like her because she stands no nonsense. Plus, she’s quite accepting and unashamed to take a kiss or more. Chris mentioned her “my body, my choice, my life” stance with the guys. We really can’t say what the clash involves, but it sounds like conservative and religious Luke may not want to put in the trot for whatever moral reason. While faith and religion are a part of Hannah B’s life, her values differ. She certainly has an unleashed and healthy appetite for intimate moments. As Hannah said, “I have had s*x and Jesus still loves me.”

What do you think about Chris Harrison teasing that Hannah B and  Luke P clash over religion and values? Will she put him in the spotlight and shame him if he holds back? Sound off your thoughts in the comments below.