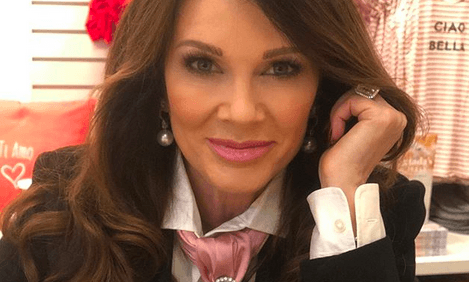 Fans of Bravo’s Real Housewives of Beverly Hills know all about the drama that’s happening between Lisa Vanderpump and the rest of the stars. Things have been rocky between these women. Eventually, LVP called it quits. She won’t be returning for Season 10 of RHOBH. She even skipped the reunion taping for Season 9 and has plans to unfollow her former co-stars on social media.

Based on what LVP has shared with Extra, it’s even more obvious she didn’t have a positive experience on RHOBH. She said, “The last year was a very negative year for me. I feel like we’re moving forward. They have had their resolution. I just had a horrible time with the show and the women. It was a very sad time in my life and it wasn’t made any better. I just decided to walk away.”

On Tuesday, Kyle Richards, one of LVP’s former RHOBH co-stars, made an appearance on Watch What Happens Live with Andy Cohen. During the show, a fan called in and asked if Kyle might still be friends with LVP if she hadn’t gotten involved with PuppyGate.

In response, Kyle said, “Yes, I do. However, we’re supposed to be honest and have an opinion, and I felt like I had to be honest in that moment. Even though Lisa and I have known each other the longest and are close, I’m friends with all these women and have respect for all of them, so I felt I had the duty to be honest.”

Later, Kyle adds, “It would have been easier [to stay out of it], trust me!” It seems like she might regret getting involved with all that drama in the first place.

Then, she continues, “I was honest with her when I went to her house, but other than that I’ve never said anything rude about Lisa in the press or in my interviews.”

During her appearance on Andy Cohen’s show, Kyle also spoke about how she feels about LVP now. She said, “I have nothing but respect for her, and I care about her.” It’s obvious that LVP feels differently toward Kyle. LVP supposedly hasn’t spoken to Kyle since the two got in a fight on RHOBH.

The drama began when Kyle spoke to LVP about costar Dorit Kemsley giving away a rescue dog, which was first reported by a tabloid. From that point, LVP decided to stop filming RHOBH and she stopped talking to her former co-stars.

What do you think of what Kyle had to say about LVP? Let us know in the comments below.