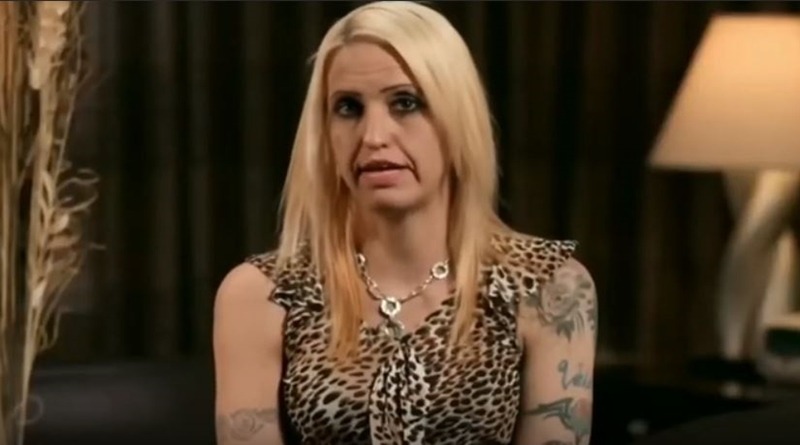 Love After Lockup: Life After Lockup premieres on WEtv on Friday, June 14. In the meantime, Love After Lockup kept us amused with “Most Arresting Moments” from the show. During that time, people on social media really criticized Tracie Wagaman for her makeup. Now, it seems she took the hint from fans and went in for a makeup-free day.

WEtv told viewers that the Life After Lockup spinoff “follows five returning couples who fans have grown to know and love—or love to hate—as they face parole restrictions, temptation, and turbulence in their lives outside of prison walls. Will these troubled lovebirds break old habits with the support of their loved ones? Or will they break the rules and land back in the clink?”

The couples involved are Scott and Lizzie, Megan, Michael, and Sarah, Andrea and Lamar, Marcelino and Brittany, and lastly, Tracie and Clint. In the last season of Love After Lockup, we never saw all that much of Tracie, mainly as she went to jail. Monsters and Critics reminded followers of the show that after they got married, Tracie suddenly got an overwhelming need to “go on a crack binge.” She ended up in jail and then Clint forgot about registering their marriage. So they needed to re-wed.

Tracie and the makeup criticism

Over on Twitter, and across on Instagram, lots of fans of Love After Lockup commented on how skinny Tracie looks. However, they attributed that to her being on crack. But, more people said her overuse of dark makeup, especially on her eyes made her look ghoulish. Floods of comments, both helpful and hurtful went her way lately. One Twitter user posted, “Tracie.. girl.. go easy on the eye makeup. It’s dragging your whole face down.” Since then, lots more people had their say.

On Instagram, when someone complimented her on how pretty she looks, someone replied, asking, “How can you tell she’s got her eyes covered pretty much with makeup?” Another follower literally gave her tons of well-meaning advice, writing, “your brows are way too dark and too fake looking by the way you are drawing them on.” They then added that perhaps she should get her eyebrows “micro bladed.” Then they mentioned” that she wears “too much eye make up,” adding, “Your eyelashes are too much…get a good mascara…You are so pretty now, but you could be a knockout.”

Makeup-free day for Tracie Wagaman of Life After Lockup

Tracie got many more comments about being too dark around her eyes, and it seems she caught the hint. Actually, some of the comments were very hurtful, but mostly, people encouraged her. And, it seems she took the hint because she declared a makeup-free day. Next, she shared a photo on her Instagram Stories to Love After Lockup fans and she looks wonderful. You can see that photo below:

Well, her eyes do still look a little dark, but that could just be shadows. However, Tracie Wagaman looks pretty and happy and says she can’t wait for the spinoff to air. What do you think of Tracie taking the hint from her fans and going with way less makeup? Do you think she’s looking good? Sound off your thoughts in the comments below.