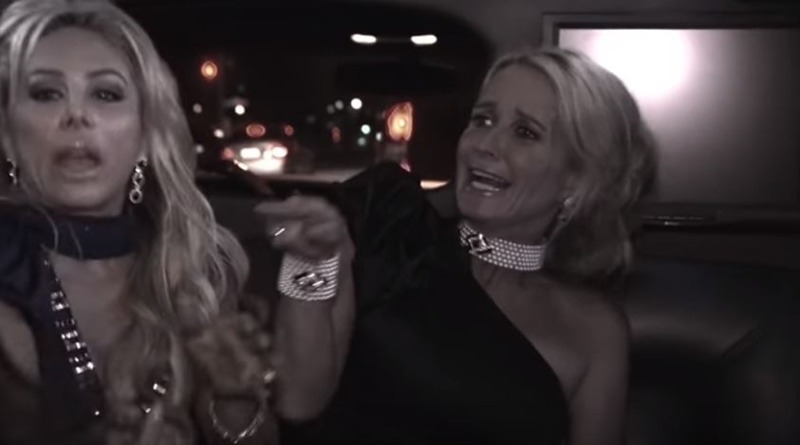 RHOBH fans heard that Lisa Vanderpump left the Bravo show and rumors started about Kim Richards joining again. Fans can recall she got fired in 2015 and she caused a lot of drama, mainly through sobriety issues. However, the rumors of her return to possibly replace Lisa, now look fairly certain.

RHOBH took a hit from Team Lisa who left, so Kim Richards could replace her

The latest season of Real Housewives of Beverly Hills upset a lot of Team Lisa fans. The entire season, they saw the other women like Kyle Richards, Dorit Kemsley, and Lisa Rinna ganging up on her. It all revolved around the dog scandal. After Dorit’s adopted Vanderpump dog ended up in another shelter, someone leaked that to the press. The whole season showed the women assuming Lisa leaked it.

On top of her brother’s death, Lisa battled against allegations and accusations while dealing with her grief. In fact, Kyle Richards confronted on her birthday weekend and that broke the friendship. Plus, RHOBH fans saw things turn nasty no matter how hard Lisa tried to prove she never leaked the story. Now, with Lisa leaving, it’s possible those Team Lisa fans really won’t go back and watch the show again. Actually, more especially now they hear Kim Richards is keen to get back on.

“Housewives” shakeup! @LisaVanderpump is opening up about why she quit The Real Housewives of Beverly Hills. @ExtraTV pic.twitter.com/rSZlAm326C

Of course, Kim returned already over a few seasons as a guest on the show. However, Radar Online found an insider source who told them that she really wishes to return full-time. They cited the source as saying, “Kim has been hanging on as a friend of the housewives but right now, she has no other job and has no other source of income.” They added that Kim repeatedly requested her job back with the Bravo show.

Now, according to Radar, Kim’s actually “in talks” with the network about making her return. While many fans on social media moan about her return, no doubt she’ll manage to maintain the drama now fully associated with the “mean girls.” The RHOBH producers want the drama because there’s nothing interesting about a bunch of quite wealthy women sitting around being polite. Certainly, as an addict, she managed to stir up the pot.

Rinna says taking on Erika's persona helped her move on with Kim but i'm still calling BS on that because it looked fake AF to me. Rinna will forever be bitter about the bunny. sure looks like the women have a problem at dinner Erika & LVP aint there to take the blame. #RHOBH

Actually, she and Lisa Rinna had run-ins in the past, so no doubt if she does return, there’s some ready-made gossip and drama to entertain fans of the show. What do you think of Kim Richards returning to the show? Will you still watch it? Should Kim get a second chance as she tried very hard to overcome her addiction? Sound off your thoughts in the comments below.