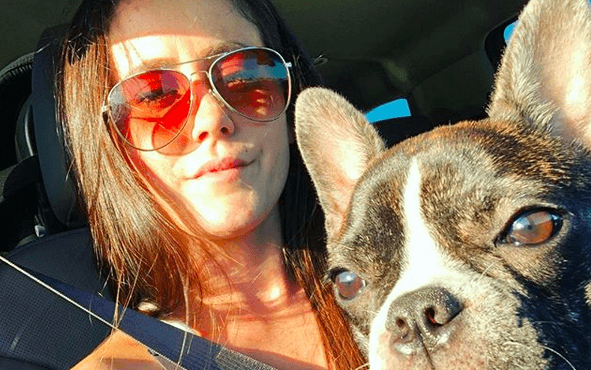 Teen Mom 2 fans know all about the recent drama in former star Jenelle Evans’ life. It all began when her husband, David Eason, shot and killed the family’s dog. This led to Jenelle’s children being taken away by Child Protective Services. The kids are now with family members.

As of right now, Jenelle seems to be remaining in a relationship with David. She has said that they will be working through their problems. Fans have been urging Jenelle to get a divorce for her safety, but she has said she is going to stay with David.

Amidst the drama surrounding the dog’s death, Jenelle and Teen Mom 2 lost several of their sponsors. Jenelle was also cut from the show, but this was decided prior to the dog’s death.

On June 12, Jenelle Evans posted on Facebook and wrote, “Y’all… our first baby chick our hen hatched! We put the rest in our incubator and woke up to two more baby chicks, and one is hatching as we speak.” She shared a photo of herself holding a chick.

Just a few days ago, Jenelle shared a YouTube video featuring her family getting chickens and chicks. Because her children are shown in the video, it’s likely that this was filmed prior to CPS stepping in. The dog, Nugget, who was shot by David is also shown in the video.

What are fans saying about the new chicks?

Jenelle’s fans are not happy to hear about the new chicks. They think that it’s pretty inappropriate for her to be continuing on with her life without her kids. One fan said, “Why does this make me sick? Does life just go on as normal when you have your kids removed?”

One fan commented on her Facebook post and said, “Hopefully CPS comes and takes that too.” Then, someone else wrote, “Something else for David to mistreat!” Next, someone said, “Those ain’t gonna replace your kids.”

Another fan left a comment that reads, “If only she took this much interest in her kids and took as good care of them!”

This isn’t the first time she’s gotten hate comments for posting about animals since Nugget’s death. A similar situation occurred in May when she posted a chicken photo on Instagram.

What do you think of Jenelle Evans showing off her new animals? Do you agree with the fans who commented on Facebook? Let us know in the comments!