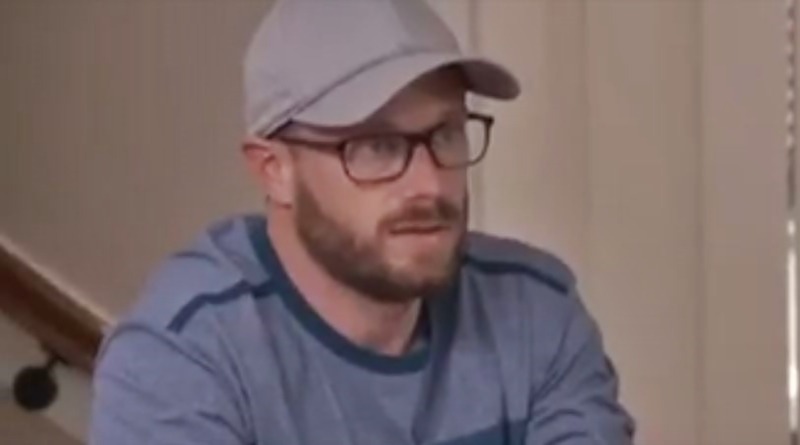 Adam Busby’s job is on the lips of many OutDaughtered fans, as he mentioned a Dallas job offer in last night’s episode. Obviously, we knew Danielle would not jump up and down with joy about it. In the season’s trailer, we heard her say, “We can’t seem to get on the same page and I don’t know how much more I can take of this.” Now, we know from the Busby’s social media that they never relocated to Dallas, at least not yet. So, what job does Adam actually do?

Good Housekeeping went off and checked Adam Busby’s bio on LinkedIn. It says the father of six daughters works as “a Key Account Manager at Intrinsic Solutions and Sprint Safety.” They add that “the company specializes in safety equipment for sectors of the energy industry.” However, it’s very possible that’s an old job and he never updated it. Back in April, TV Shows Ace looked into a business that the OutDaughtered couple got into.

In a previous season of the show, much ado was made about whether the Busby family should start a new business. They entered into a partnership with a Rush Cycle franchise. TV Shows Ace noted that they regularly posted about the new business, however, “they haven’t posted about Rush Cycle at all lately. They used to post all the time about this business. They owned the one located in League City, Texas. It is odd that Danielle and Adam aren’t posting anymore.”

Checking into the idea that Adam Busby’s job with Rush Cycle came to an end, we noted that they no longer worked there. We reported on it after a telephone call with the cycle studio. “When asking if Danielle and Adam Busby were still the owners they replied that they are not,” we told fans of OutDaughtered.  Next, we looked into what Danielle does for a job.

As Good Housekeeping noted about Danielle, “Her LinkedIn says that she works as a Project Coordinator Team Lead at AP Networks.” But that’s the job she held before the quintuplets arrived. Fulltime mom hardly seems to leave space for a regular job like that these days. So, perhaps she never updated her Linkedin either. In fact, these days, over on her TLC bio, it says Danielle Busby’s job involves being an “‘independent beauty consultant.”‘

Could Adam Busby’s job be with CADI Fitness?

Hoping to get the jump on the new season of OutDaughtered, wondering if Adam Busby would reveal his job, TV Shows Ace looked into another job he could be involved in. We tracked down the fact that Danielle and her sisters teamed up with a CADI Fitness franchise. At the end of April, Danielle took to her Instagram to make the announcement to her fans. Although she never mentioned Adam Busby’s job as part of it, he might be involved.

Followers of Adam and Danielle asked her in that post whether they gave up the cycle franchise. As they never responded to that question, we assumed that the new season would address Rush Cycle. So, we know at least that Danielle and her sisters started the new CADI Fitness and Adam may be a part of that. Plus, we also learned that Audrey Roloff and Danielle teamed up with the Always More clothing line that Audrey started. She took to her Instagram and “showed off the New Rose Sherpa jacket which looks very warm and snug.”

So, while there are signs and pointers about what Adam Busby does for a job, nothing’s certain. However, this season could very well reveal just what he does. Fans know the parents of the quints keep themselves busy enough and obviously earn off the TLC episodes. But that could hardly earn them enough to support their large family. What do you think about it? Sound off your thoughts in the comments below.

Remember to check back with TV Shows Ace often for more news about OutDaughtered and Adam Busby’s job.