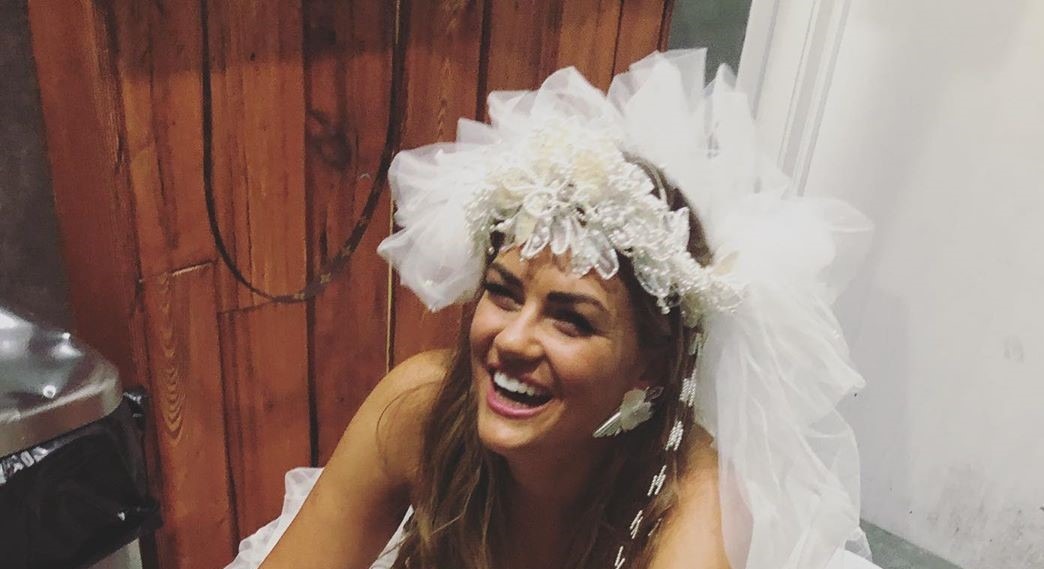 Vanderpump Rules fans have waited impatiently for Jax Taylor and Brittany Cartwright’s wedding. A year after their engagement, the two are still partying hard in anticipation of their wedding. The big day is June 29 in Kentucky.

While VPR just ended for viewers, the cast has already moved on to filming Season 8. The festivities in Miami will likely be a big part of the upcoming season.

Stassi Shroeder, Lala Kent, Kristen Doute, Katie Maloney-Schwartz, Scheana Shay, Ariana Madix, Tom Schwartz and Tom Sandoval were all on hand to help celebrate the couple. Unless things change in the next two weeks, all of these co-stars are also part of the bridal party. SUR Manager Peter Madrigal, who isn’t featured enough on the show, was also in Miami.

Details of the multi-day party have quickly leaked out. Mostly due to the Twitter hashtag #jaxgotitwright, a play on Brittany’s last name. All of the ladies, including the bride-to-be dressed as sexy brides on the first night. Many of them channeled the lace and veil styles of the 80s. Individual pictures of the looks were posted on their Instagrams. Jax tweeted this amazing picture of the girls flanking Brittany. They’re all dressed in white wedding gowns. It’s a nice day for a white wedding, indeed.

A VPR Day at Sea

Did Jax accidentally give away the group’s plans for Miami several months ago?  He said that while Tom Sandoval was originally tasked with planning the party, Lala’s man Randall Emmett had taken over. Jax said that Randall had a yacht they could use. However, Jax might have been referring to yet another upcoming bachelor party.

Jax’s co-best men at his wedding, Tom Sandoval and Tom Schwartz wore some.. Interesting attire on the boat. Hopefully, we’ll find out the story behind Jax’s muumuu during Season 8.

After a day in the sun, the party moved indoors to a local club. Stassi put on a show on the dance floor.

Everyone Had a Blast… Well, Almost Everyone

Most of Miami was welcoming to the stars of Vanderpump Rules. Some fans had life-size cutouts of Jax and Brittany’s heads that got Tom Sandoval’s attention.

Everyone was having a great time. Except for the guy holding up a sign that said, “Don’t Do It Brittany.” It seems he does not think Brittany got it right when she agreed to marry Jax.

No Sign of James Kennedy or Brittany’s Kentucky BFF

It’s no surprise that Jax’s frenemy James Kennedy wasn’t invited to Miami. What is surprising is that there’s no sign of Brittany’s best friend, Zack Wickham. He was previously named as a bridesmaid in the wedding. However, he went off on an Instagram rant aimed at Brittany a few days before the Miami trip. It’s safe to say he lost his place in the wedding party. Because of all of this, you have to wonder who will handle that role.

Jax and Brittany are back in L.A. and taking part in the annual Pride parade. Bravo hasn’t announced when Season 8 of Vanderpump Rules will air.

Teen Mom 2 Drama: Briana DeJesus Calls Out Two Cast Members For Being Fake
Zach & Whitney Bates’ Baby Heads To The NICU – Is He Okay?
Briana DeJesus Just Got Engaged… Is It Already Over?
‘Counting On’ Ivy Seewald Does Her Own Makeup – See Jessa’s Reaction
Chris Harrison Leaves Bachelor Nation: Rachel Lindsay Speaks Out