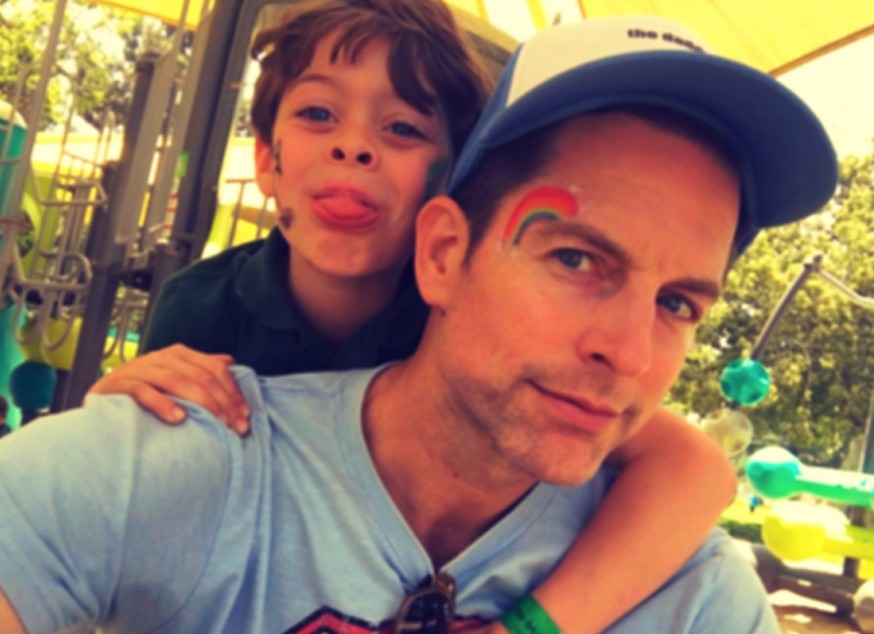 Former Young and the Restless star Michael Muhney made a shocking revelation to fans on Friday. The actor shared some dark moments where he contemplated suicide, in the time after he was no longer portraying Adam Newman on the CBS show. Why did Muhney consider taking his own life?

On Friday, Michael Muhney bared his soul using Twitter, in a post that began with the words, “This is my true story.” In a memorial to his mother-in-law, who took her life 14 years ago, Michael Muhney shared his own confession of a suicide solution. He admitted that he contemplated suicide in the past five years since he was fired from Y&R.

“Over the past five years, during several of my many bike rides around Los Angeles, with inescapable pain and frustration and tears in my eyes, my mind would wander. I’d think about my life insurance policy for my wife & kids. I’d imagine drifting across that double-yellow line into oncoming traffic and ending it all. All over a grotesque internet rumor and a lie.”

Muhney bared his soul, as he recalled biking and thinking how easy it would be for him to cross the yellow line to get killed by traffic. During these dark days, he really believed that he would be better providing for his family dead, as they would receive the insurance money. Thankfully, Michael Muhney spoke to his wife Jaime, and his mother.

Michael’s Mom and Wife Helped Him Through Dark Days

He shared his dark thoughts about attempting suicide with his mom and with his wife. Michael knew how hard it was on his wife Jaime when her mother took her life. Instead of putting his wife though more pain, he spoke to her about his depression. But admitting how dark things got took years. He wants others to seek help if they ever feel that there are no solutions.

The talented actor has been so close to great success, only to watch others become superstars. Muhney fans know that he was one of two Michaels that tried out for NCIS. The other was Weatherly. According to Muhney, both actors were supposed to be part of a new JAG series. In the end, they decided against making NCIS part of the JAG franchise, Muhney was the odd man out and Michael Weatherly became a television superstar.

Then, there was Justin Hartley. Hartley’s lucky break came because of Muhney’s admitted hubris.

According to his interview on the Peloton Brief podcast, Muhney admitted that he pushed the Y&R producers. He thought he was better than daytime television, and he made a lot of noise and threatened to leave. On reflection, Michael admits he should have kept his head down and worked. At the end of 2013, the producers called his bluff, and let him go.

It was at this time that a vicious rumor that he sexually harassed a young actress came out. TMZ picked it up from a Florida blogger and further perpetuated this false rumor. CBS doesn’t deny rumors, as they could be doing this on a daily basis. Michael was left alone to deal with repairing his reputation. This was the “gross internet rumor” that led him to contemplate ending his life. The rumor devastated him, as did the fact that he was replaced on Young and the Restless.

Michael had felt confident that he was going to return to Young and the Restless after talking it through with the powers that be. Unfortunately, the executives went another way and chose to have Justin Hartley play Adam Newman.  Of course, a few years later, Hartley went on to This Is Us and his career has soared, while Michael Muhney is still trying to rebuild his career.

Michael admits he was “afraid to share” his story. But, he believes that by sharing, he is helping someone else.

What are your thoughts about Michael Muhney’s tweet about his darkest days? Do you think he is helping others by sharing his story? Please share your comment or own story below. Check back to TV Shows Ace for the latest in Young and the Restless.