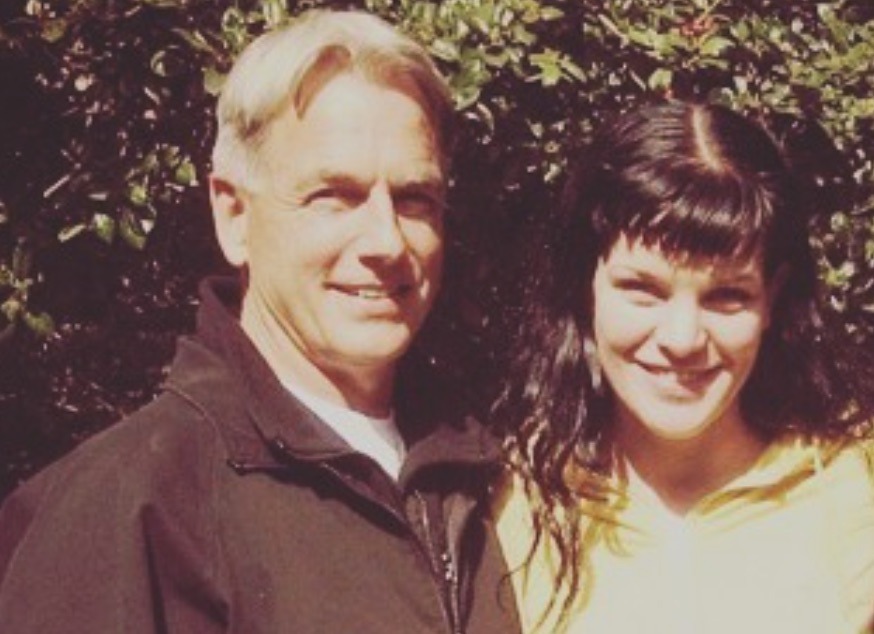 Pauley Perrette has finally explained to NCIS fans why she will never, ever, never return to NCIS: She is “terrified” of Mark Harmon. Any fan who wants to see the return of Abby Sciuto will never get their wish. The fan favorite went to social media to let fans know why Abby will never be back on NCIS.

On Friday, Pauley Perrette went to Twitter to make it clear that she is not returning as Abby Sciuto. She asked fans to stop asking and then posted a bombshell: “I am terrified of Harmon and him attacking me.” She went on to say, “I have nightmares about it.” She then made it clear that she is moving on with her new show Broke, as she added, “I have a new show that is SAFE AND HAPPY!” And promised fans that they would “love it.”

This post was to make it clear to fans that she was not returning to NCIS and why. But this was just the beginning, as two hours later, she tweeted physical proof of why she is “terrified” of Harmon, and why she still has nightmares.”

NO I AM NOT COMING BACK! EVER! (Please stop asking?) I am terrified of Harmon and him attacking me. I have nightmares about it. I have a new show that is SAFE AND HAPPY! You’ll love it!#HappyPlace Love y’all!

Two hours later, the former NCIS Actress then shared photos of a person’s swollen eye, and stitches. She then revealed that this is what happened to a crew member and she “fought it” to prevent a repeat occurrence. She explained that she was trying to protect her crew, but then was “physically assaulted for saying no.” After this, she revealed that she was fired.

Fans can only fill in the blanks here. Based on her previous tweet, fans could assume that the person responsible for the physical assaults was Mark Harmon. This is shocking. It is hard to imagine a professional set that would have such an altercation. It may be harder for fans to understand why Perrette lost her job protecting a crew member!

There have been a lot of rumors surrounding Pauley Perrette’s departure from NCIS, and many of them surrounded Mark Harmon. Last year, Vanity Fair reported on this very story, and it repeated a lot of the same information about the physical assaults.  They based it on Pauley’s May 13, 2018 tweet.

“There is a “machine’ keeping me silent, and feeding FALSE stories about me. A very rich, very powerful publicity “machine”. No morals, no obligation to truth, and I’m just left here, reading the lies, trying to protect my crew. Trying to remain calm. He did it.”

Pauley has now identified the “he” as Mark Harmon, the man she is “terrified” of, and has “nightmares” about.

You think I didn’t expect blow back? You got me wrong. THIS happened To my crew member and I fought like hell to keep it from happening again! To protect my crew! And then I was physically assaulted for saying NO!?and I lost my job. pic.twitter.com/PYwJcH95Mi

There is a "machine' keeping me silent, and feeding FALSE stories about me. A very rich, very powerful publicity "machine". No morals, no obligation to truth, and I'm just left here, reading the lies, trying to protect my crew. Trying to remain calm. He did it.

After sharing her “truth,” Perrette wanted to move on to her new life and show. Pauley is now starring in the new CBS comedy Broke. She will be co-starring with Jane the Virgin star Jaime Camil. The premise of this show is that Perrette will play Jackie, a bar owner and “feisty” single mom to Sammy (Antonio Diaz). Jackie is self-sufficient. She can weld a hammer, or mix a drink in the blink of an eye. Her estranged sister Jackie, (Natasha Leggier) and trust fund brother-in-law Miguel, (Camil) are forced to move to her place. He has a financial crisis because his dad cut him off and now the couple have to learn how to survive this financial crisis. The couple bring along Miguel’s valet, Luis (Izzy Diaz), because they just can’t let go of their lavish lifestyle.

This show will be quite a departure for Perrette. Fans will get to see her comedic side and that should be quite fun! Pauley is clearly excited about this show and it looks like a lot of fun!

The GOOD STUFF! https://t.co/R9rJT3sCJG
Sorry about the former truths. This is the future. (Gap year and lots of therapy!) just needed to tell the truth and move ON! Love you guys!

Ziva David Is Back On NCIS

Meanwhile, NCIS fans are still tingling with joy at the return of Cote de Pablo, reprising her iconic role as Ziva David. The finale moment of NCIS Season 16 was Ziva visiting Gibbs because his life was in danger! The new season promises Ziva in at least the first episode, but the showrunners seem to indicate that her presence may be more frequent.

It just seems sad that any sort of real reunion with Gibbs, McGee, DiNozzo, Ducky, Ziva and Abby now seem very unlikely, due to the shocking information that Pauley Perrette tweeted. Pauley made it clear that she is never returning to NCIS.

Are you an Abby Sciuto fan and miss Pauley Perrette on NCIS? Does this new information influence whether you will continue to watch NCIS? Do you plan to watch Broke? Please share your thoughts in the comments field below. Check back with TV Shows Ace for more information on the premiere of Broke, and all of your NCIS news.