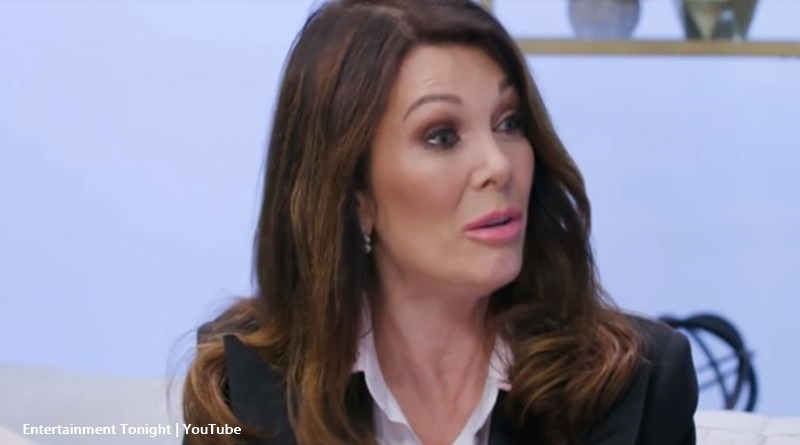 RHOBH fans heard that Lisa Vanderpump rejected attending the reunion and she confirmed she won’t return for a new season. Many Team Lisa fans celebrated her choice, as they hated how the other women treated her over the ‘Puppy Gate’ leaks. They’ll miss her on the show, and possibly many won’t watch it again. This time around Bravo let it all go too far, they believe. However, not everyone’s sad she’s leaving and Lisa threatened one of them with ‘Don’t you dare!’

Fans of Lisa Vanderpump rushed to stick up for Pandora and Lisa when a troll hit on her Twitter account. The account @RHOGossip shared an article by Reality Blurb that reported Lisa officially quit RHOBH. They noted that Lisa said in an interview with the Daily Mail UK, she would not go to the reunion. She said, “The objective of the reunion is to reunite, right? And I have no inclination to reunite with the women who’ve been harassing me for 10 months now.”

Many people responded to the post, including one who had Team Lisa fans rushing to defend her. Some of them actually wondered if the post was another RHOBH cast member hiding behind another name. The account of the troll shows her as a “76 year old mother of one grandma to two gorgeous girls aged 9 & 10 animal lover love TV interested in politics.” Lisa also loves animals and is a mother, so one wonders what prompted her hateful Twitter post.

Pandora gets targeted and Lisa threatens ‘Don’t you dare’

Lisa grew very angry with the troll who not only tagged her so she’d see it but also went after her daughter Pandora. The aged troll wrote about Lisa leaving RHOBH: “Glad LVP is quitting she is spiteful and spoilt and her daughter is just the same both snobs.” Well, it seems sad that a mother targets someone’s daughter. It’s no surprise she got some reaction from Lisa.

Don’t you dare come for my daughter.

In reply, Lisa threatened the account holder, saying, “Don’t you dare come for my daughter.” Team Lisa fans backed her up, although they chided her for responding to the hater. Here’s what some of them said about it:

What do think about the troll who so callously got in Lisa Vanderpump’s face about her daughter? Do you think Lisa was right to threaten her with the ‘Don’t you dare’ reply? Sound off your thoughts in the comments below.

Remember to check back with TV Shows Ace often for more news about LVP and RHOBH.