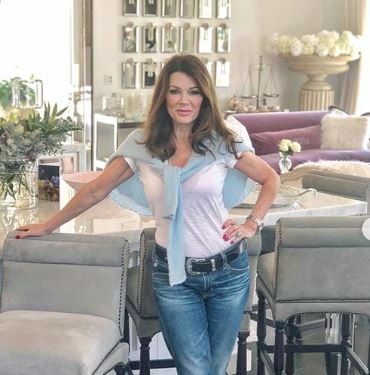 This season of Bravo’s Real Housewives of Beverly Hills just came to a close. At the end of the season comes the RHOBH reunion taping. It was taped on Wednesday, June 5.

RHOBH fans know that this season has been full of drama. Lisa Vanderpump is no longer friends with anyone on the show really. It’s definitely been a chaotic season with all of this conflict. This makes for an interesting reunion episode though.

Recently, LVP said she wouldn’t be attending the reunion taping. On Tuesday, she told DailyMailTV, “The objective of the reunion is to reunite, right? And I have no inclination to reunite with the women who’ve been harassing me for 10 months now. So in all probability, no.”

Based on this statement, some fans believed that LVP was telling the truth. They rallied behind her and agreed with her decision. Because of all of the drama, it didn’t make sense for LVP to go to the reunion taping. Still, some fans were doubtful that LVP would skip the entire reunion taping. Some thought that she would end up going anyway. They figured they would just have to wait and see what would really happen.

Prior to Wednesday’s taping, it was unclear whether LVP would be attending the reunion taping. She was saying that she wouldn’t be there, but nobody really knew for sure. On Wednesday, Andy Cohen confirmed that LVP didn’t attend the taping.

An Instagram Live video was posted on a RHOBH fan account on Twitter. In the video, Cohen was speaking with his friend, Anderson Cooper. In the video, he said, “The reunion is going great It’s major! Lisa Vanderpump’s not here.” Cooper was very confused and asked, “Why isn’t … why?”

Then, Cooper asked if LVP had been there earlier in the day. Cohen replied, “It’s major. There’s major things happening. There’s trouble afoot in Beverly Hills. You know who is here? Camille … she’s back to season 1 shrugging Camille.”

In addition to skipping the reunion taping, LVP will not be a part of Season 10 of RHOBH.

What do you think of LVP skipping the RHOBH reunion taping? Are you surprised she didn’t go? Let us know in the comments below.

Watch The Real Housewives of Beverly Hills on Bravo when it airs Tuesdays at 9 PM ET. For more news about Real Housewives, don’t miss an update from TV Shows Ace!