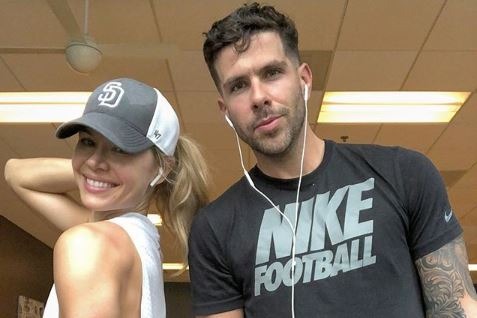 One couple that fell in love on Bachelor in Paradise is now going back to tie the knot. This doesn’t come as a surprise to most fans. It has happened in the past. Reality Steve went to his Twitter today to share the big news.

Reality Steve shared the big news today with fans about a wedding on Bachelor in Paradise. Here is what he had to say.

(SPOILER): Shouldn’t come as too much of a surprise based on their recent engagement party and meeting in Paradise last year, but Chris Randone and Krystal Nielson will be getting married next week in Mexico as part of filming for “Bachelor in Paradise.”

The couple has been showing people that a wedding is coming soon on social networks. They are sharing about their engagement party and more. This couple works out together and looks really happy. Raven and Adam also recently got engaged to each other.

The spoilers for Bachelor in Paradise 2019 are coming out already. It turns out that Chris and Krystal’s wedding will happen, but hopefully, a few couples find love. They just started filming recently. Steve is always able to give out spoilers, but the couples haven’t even happened yet. You know that he will be spoiling it all season long and so will TV Shows Ace.

Here is who Steve recently said would be on the show this season.

A few interesting couples could come out of that bunch. Fans want to see Kristina find love. A lot of the new cast is going to be people viewers see on Hannah B’s season and don’t win her heart. They also always add new people at the last minute. Filming has just barely even started.