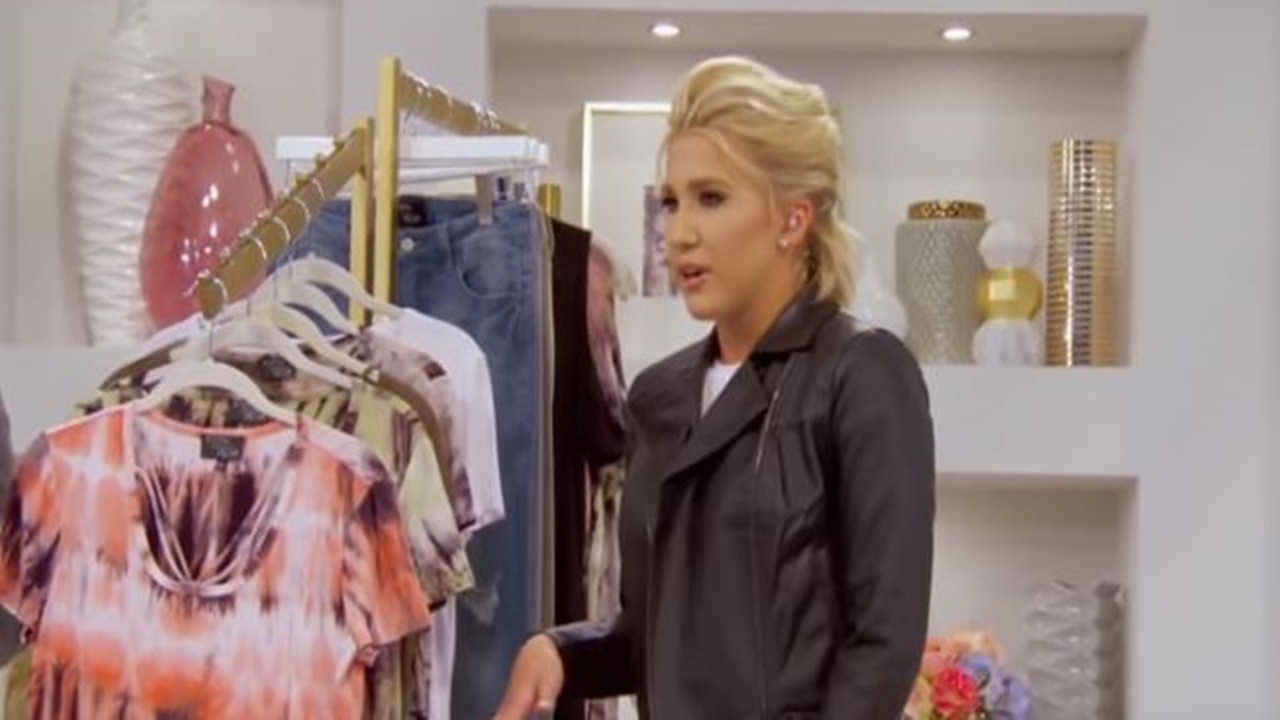 Chrisley Knows Best fans know that Todd’s daughter Savannah and Nic Kerdiles, the pro hockey player became engaged earlier this year. Now, fans wonder if we’ll see their wedding on television, or if it’s going to extend to business and show affiliates. However, it looks like Savannah’s set on a private wedding with family and close friends. But don’t lose heart, as we may still see it on our screens and dad Todd may override her wishes, anyway.

Savanna paired up with South Beach Diet, and she’s looking stunning ahead of her wedding. The wedding, coming this summer should produce some fairytale photos for fans of Chrisley Knows Best to enjoy. Speaking to People, she mentioned it’s not just about the pressure to look good at her wedding, or for other people in Hollywood. She noted, “‘it’s also just feeling good about myself and that was the biggest thing. I want to wake up in the morning and feel good.”

Sharing a photo on Instagram, fans saw that no matter what her motivation was, she’s totally looking great ahead of the wedding. She noted, “You all know by now that I’ve made a commitment to my health and definitely want to look and feel my best for the wedding.” She added, ” [I] am very proud about how far I’ve already come.” In the photo, she wore her white short knotted and a bikini top under it. In the background, the sea made for a lovely backdrop.

Are y’all ready for this BIG news? Season 2 of Growing Up Chrisley is officially on its way! Thank you to all of our loving fans. This wouldn't be possible without you! Don’t forget to tune into USA Network tonight for an all-new episode of Growing Up Chrisley! And because of YOU…we are the most DVR’d show on USA! 🎉

Savannah and Nic Kerdiles hope for a private wedding, but will Todd agree?

The Chrisley Knows Best, and the spinoff, Growing Up Chrisley, star seems set on a private wedding. US Weekly noted that she and her fiance wonder how big the wedding should be. She told the outlet, “We’re trying to decide,” adding, “Do we want to keep it really private, or do we want to tell all of our business? Because it is one day and you never get that day back. So, maybe we’ll just enjoy it for ourselves and then tell everyone after.”

However, one really needs to wonder if that’s the way her wedding all turns out. Fans of the show know that millionaire dad Todd pretty much rules his family with an iron fist. In fact, she added the sobering thought that he’s rather keen to become involved in planning her wedding. Actually, all of it. Savahhan mentioned, “He cares about it, that’s for sure…it’s more his wedding than it is mine.”

Hi 😍 you’re cute! Can we go back now please? @nickerdiles

Fans of Savannah may still see the wedding later

Judging by something else Savannah mentioned, we may be lucky to see something of the wedding televised. That’s because she mentioned telling “everyone after.” What better way to tell everyone after than to share it with her fans on the screen?

What do you think about Savannah and her fiancé Nic Kerdiles hoping for a private wedding? Do you think Todd will just override their wishes and go all out for a huge wedding? Sound off your thoughts in the comments below.

Remember to stay in touch with TV Shows Ace for more news about the family of USA Network’s Chrisley Knows Best.