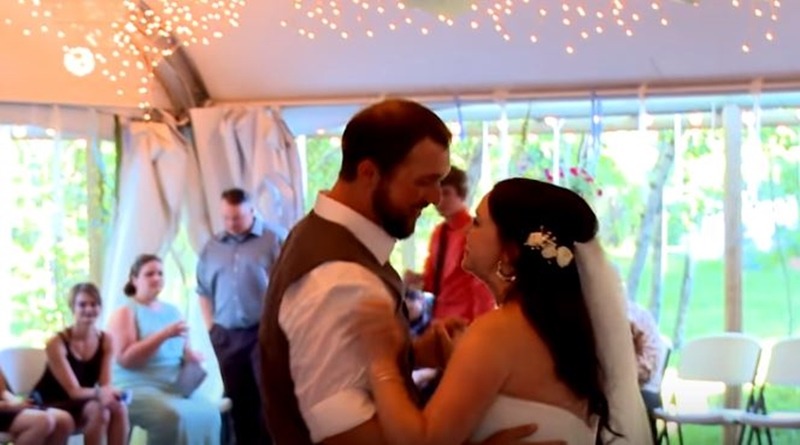 Sister Wives fans fell in love with Maddie Brown Brush’s family after she and Caleb married in 2016. Next, along came their cute little boy, Axel. Plus they expect their second baby in August. It looks like everything’s going well for Maddie. Monday, she shared the sweetest happy anniversary message to her husband, Caleb.

Fans of the Sister Wives show by TLC heard back in February 2018 that Caleb had a major health scare. In fact, if left untreated, he could’ve died. Actually, it changed the lives of the couple who moved in with mom Janelle Brown. Fans may recall watching them move in one of the episodes back then. Actually, Janelle took to her Twitter to fill in fans of the show about his condition, noting Caleb was a “walking miracle.”

His medical condition, a pulmonary embolism, usually involves a blood clot lodging in a major artery, possibly in the lungs. Often, unless treated straight away, the outcome’s fatal. So, Maddie Brown’s really got a lot to celebrate on her anniversary. Also, Caleb recovered fully and they moved to North Carolina for work. Now, with Axel, the only Brown grandchild healthy and well, Maddie’s blooming in her days of pregnancy.

On Tuesday night, Maddie shared a photo of her wedding on her Instagram. We all recall the Sister Wives wedding shown on television and the adorable love they have for each other. In the photo, you can clearly see Maddie’s celebrating the best day of her life. She captioned it with, “Happy Anniversary to the best man I know! Thank you for this wonderful life and your unconditional love! I love you more now, than I ever thought was possible, on this day, 3 years ago!”

Maddie then spoke about how she “wouldn’t want to do this life with anyone else by [her] side!” Then she concluded with, “I love you more than words could ever describe handsome man! Here’s to all the many years to come! 🍾🥂💙” Of course, her family responded to the post as well as Sister Wives fans. Christine Brown posted, “You are a beautiful and inspiring couple. Thanks for being a wonderful example of a loving, communicating couple for your siblings.”

Happy Anniversary to the best man I know! Thank you for this wonderful life and your unconditional love! I love you more now, than I ever thought was possible, on this day, 3 years ago! I wouldn't want to do this life with anyone else by my side! I love you more than words could ever describe handsome man! Here's to all the many years to come! 🍾🥂💙

Fans and Aspyn Brown Thompson react to the anniversary note

Aspyn Brown Thomspon also reacted to the photo, just saying, “Awww happy anniversary 💕” Here’s what some of the Sister Wives fans said about it:

What do you think about Maddie Brown Brush and Caleb being married for three years already? Do you think that was a sweet and heartfelt anniversary message to her man? After a difficult time with Caleb’s health, it sure looks like things are coming right for this fan-favorite couple. Sound off your thoughts in the comments below.