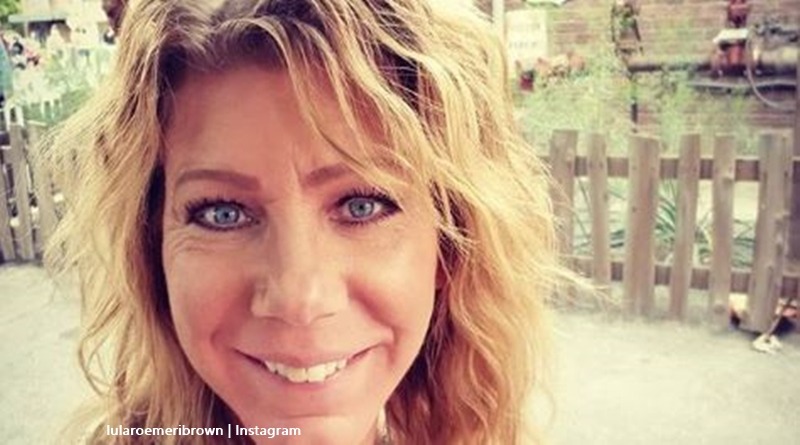 Sister Wives fans that love Meri Brown sometimes take her life far more seriously than she does. Often, they urge her to leave her family and go on her own. In fact, sometimes it seems fans hate Kody because he married Robyn and assume that Meri does as well. However, we don’t know that’s true. So, when fans started making morbid comments about axe throwing, she chided them for it.

On occasion, followers of Sister Wives complain on social media that Meri blocked them. Often, they don’t understand why, as they felt they stood up for her. But people make a lot of assumptions, even when meaning well. After all, who doesn’t see those messages that urge her to leave the family and tell Kody to stick it? Really, fans have no idea about where their personal relationship is, so Meri probably gets irritated with it. This happened recently when she chided some fans for morbid thoughts.

Just the other day, Mariah, Meri’s daughter posted up about axe throwing. Now, it seems she and her mum may have been together at Disneyland, as Meri also posted about the place. Now we don’t know for sure they were at Disneyland throwing the axe, but Meri posted on Twitter two days later about the place. She wrote, “Just a chill day here at Disneyland! If you’re here and see me, don’t be shy, just say hi! I’m doing some shopping, because of course it’s a super fun thing to do, and I love to share the Disney love!”

Just a chill day here at Disneyland! If you're here and see me, don't be shy, just say hi! I'm doing some shopping, because of course it's a super fun thing to do, and I love to share the Disney love! 💙💙💙 #LivingMyWhy #BecauseICan #LoveWhatIDo #LuLaRoeRetailer #SocialRetailer #DisneyCollectionForLuLaRoe #LuLaRorIrma #IndependentWoman #BecauseOfLuLaRoe

When Mariah posted about axe throwing she got lots of commendations for looking good and strong and enjoying herself. But for Meri Brown, an almost identical picture drew a lot of comments. On Twitter and Instagram, people started alluding to Kody Brown. Also, some people really are not that subtle so it’s fairly easy to figure they referred to the man in Meri’s life. Eventually, Meri stepped in, as did some of her other Sister Wives fans, to chide them.

Meri’s original post about axe throwing said, “Just a little axe throwing, because hey, why not?? This may have to be a new little hobby, I quite enjoyed it….” Some comments immediately arose about who she could have been thinking of while throwing the axe. Some comments suggested that Meri was “throwing shade” in the “politest possible way.” Others, more direct, asked her who was in the “bull’s eye.”

Just a little axe throwing, because hey, why not?? This may have to be a new little hobby, I quite enjoyed it…. @batlground 💪💪 #LivingMyWhy #BecauseICan #LifeFulfilled #LifeIsAnAdventure #AxeThrowing #StrongWoman

On her Twitter, Meri posted up, “Why do people assume I was thinking of someone while I was axe throwing? Ugh that’s just morbid, people!

” Other Sister Wives fans agreed with her with one noting, “Ugh! People! I want to take an ax to social media some times! You just looked like you were having fun. Thanks for sharing!” Yet another noted, “I am amazed daily at the comments people make on social media. I don’t know why, after all these years I am still amazed…but I am. Axe throwing is a great stress reliever but stress comes from many places.

What do you think about people assuming what Meri Brown thinks while she’s out enjoying herself? Do you think Meri was right to chide those followers? Sound off your thoughts in the comments below.