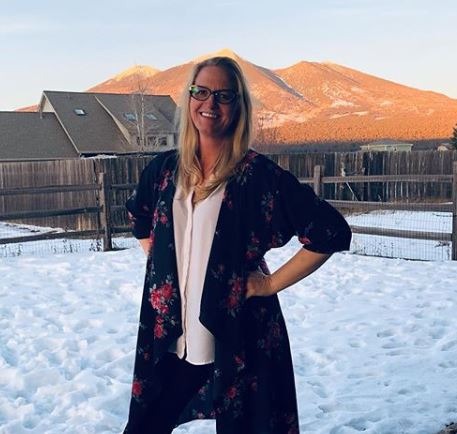 Sister Wives fans know that in the last season of the show, Kody Brown took his family and relocated to Flagstaff. On the show, he said they needed to unload their homes in Las Vegas in a hurry. If not they could run into financial hardship. Well, initially Janelle tried to list them via “Realtor, Mona Riekki of TMI Realty, whose company she eventually joined,” as noted by The Review-Journal. Then the homes got listed elsewhere and so far, three homes sold, but Christine’s Las Vegas home still remains.

Fans of the Sister Wives family heard that Christine Brown’s home sold a while back. However, TV Shows Ace noted later in April, “Sadly…the sale fell through…[and] Christine must have ditched her smile to worry about finances again. While Robyn and Janelle Brown’s home sales seem certain, Christine’s is back on the slow-burner.” The home later got relisted with a reduced sales price.

Since then, Meri Brown’s home sold, so now the only home remaining on the market is Christine’s. It looks like Christine missed out on the main spring housing demand in Las Vegas as it’s relisted again. We can’t help but wonder what the problem is with it. The Brown family already slashed prices on it, so to drop again, it’s obvious the family’s struggling to unload it. In mid-April, we reported: “Christine Brown: Original asking price $675,000. Selling price thought to be $599,900, but not sold.” The latest price on Trulia‘s website shows it listed at $574,990 on May 29.

The struggle to offload Christine’s home

Over on Realtor.com the home now shows as being listed for three days.  That’s important, as when buyers see a steady drop in price, they may hold back for further price slashes. At one stage, it looked like sister wife Meri Brown’s home might be the last to sell. However, we reported that Meri Brown’s home “sold on May 7 for $574,900. Previously, she listed it at $599,900 but dropped the price to $574,900. At least they didn’t need to slash the price any further. Now, with only Christine’s house left to sell, no doubt they’re all crossing their fingers as apparently, they ran into some tax debt.”

Kody rushed the Sister Wives family to Flagstaff like the hounds of hell were nipping at his heels. Now, it looks that could have put them into financial trouble. They paid around 800k for property in Flagstaff without selling the homes in LA. Plus they rented homes and purchased one on Arizona. Later, news came that they fell behind on property taxes. For Kody Brown, the fact that Christine’s home just won’t sell must be a huge worry.

What do you think about Christine’s home and Kody Brown’s struggle to unload it? Do you hope they get a buyer soon to ease their financial situation? Sound off your thoughts in the comments below.