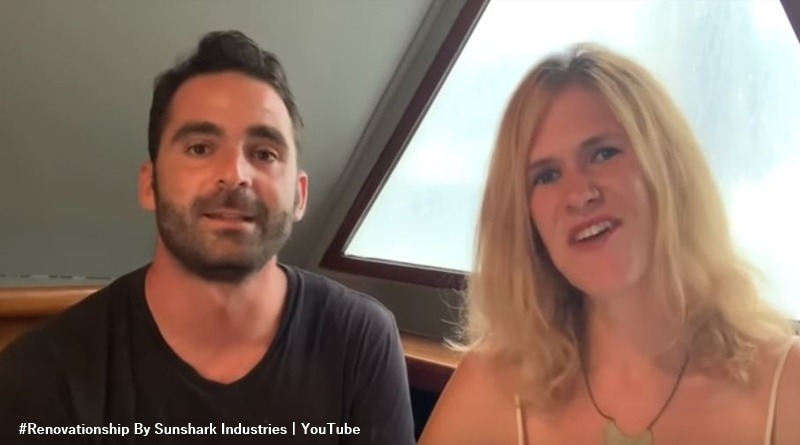 Married at First Sight star Tom Wilson featured in Season 4 of the show. He and Lillian Vilchez became fan favorites during the season, so they felt sad to hear of their divorce. The sad news came on May 31, 2017, but it certainly looks like he moved on from that as he’s announced he’s marrying his girlfriend, Michelle, also with renovation interests. Two years on, in their announcement, they look very well suited to each other.

Some fans of Married at First Sight didn’t know Tom and Lillian got a divorce. However, People reported on it ages back. To recap what went down, they gave an exclusive statement to People which said, “After much thought and reflection, and after being married for over a year, we have decided to file for a divorce.” They added that of course, it’s not an “easy decision.” In fact, they stressed to the news outlet, and later on Instagram, that though they loved each other, they’d rather be good friends.

Now, two years later, it looks like Tom Wilson finally found his soul mate with another woman, girlfriend Michelle. As fans of Married at First Sight can recall, Tom Wilson,  29-years-old back then loved renovations and made a living as a yacht interior specialist. He still works as a “co-owner sunshark industries living on a 41ft Hatteras,” according to his Twitter. In fact, he and Michelle run a YouTube channel on renovations. Their joint #Renovationship By Sunshark Industries already had nearly 30 episodes that the couple put together.  Recently, they made a special episode to announce how they met, and their wedding plans.

Michelle and Tom Wilson both love renovations, the match-up’s made in heaven

Episode 28 from their YouTube Channel’s further down in this article, but to summarise, they both love renovations and both of them are divorcees. Looking online for renovation things brought them into each other’s orbit. At the time, both of them became friends, although divorces were not yet finalized. They grew close because they were in the “middle of divorces,” Michelle said on the episode. Talk about a match made in heaven – Michelle’s crazy about renovations.

Tom adds that they actually supported each other during those respective divorces, especially on the bad days. It seems that though the Married at First Sight marriage failed, that Tom was heartsore about it. Also, their common interest bonded them, as she’s into renovating trailers, and he’s into the same thing with boats.  The relationship developed into an open one, as at that time, Michelle points out, “neither of them wanted to get married again.” However, over time, they “fell in love,” she adds. Meanwhile, Tom says it “was slow and gradual.”

Tom says that the couple got their blessing from Michelle’s ex-husband. In fact, they get along as Michelle’s got two young sons. He notes that “being on the boat” he’s become like a friend, rather than a stepdad to the kids. It looks like he’s enjoying being a fill-in Dad sometimes though, running the kids to school and what not. Moving on to talk about the wedding, they won’t do a religious one but plan an ancient Scott-Irish handfasting ceremony. That’s because Tom’s family’s of Irish and Scottish descent. Plus, a lot of Michelle’s family originated in Ireland as well.

When they marry, it’s all going to involve family and friends, and no pastor. Instead, they’ll officiate their own wedding. Following the Scottish side, it evolved into the idea of wearing a kilt and even some bagpipes. The wedding ceremony’s all going down in Denver, Colorado on August 3.

What do you think about season 4 alum Tom Wilson marrying again? It certainly seems like Michelle and Tom found something very special. Sound off your thoughts in the comments below.

Remember to check in with TV Shows Ace often for more news about Married at First Sight.