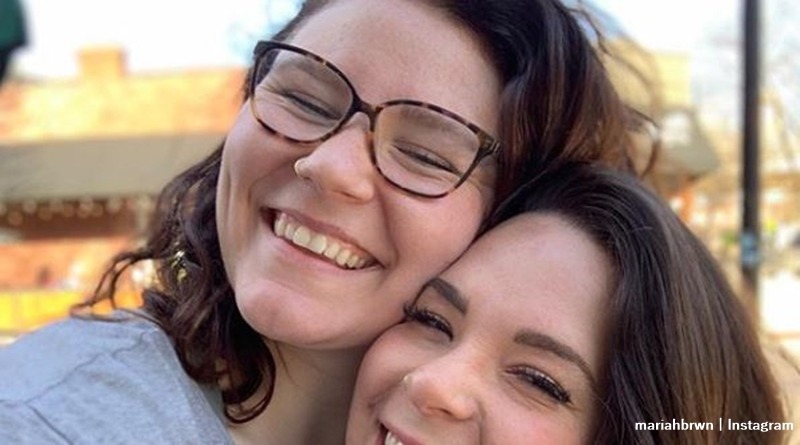 Sister Wives fans know that Mariah Brown came out to her parents, and for a while, mom Meri Brown had some issues. Actually, not so much with Mariah, but for feeling guilty as she never noticed her daughter’s gender preferences. However, later, Audrey Kriss and Mariah became engaged, and Mariah often shares photos of them out and about. Now, Mariah posted a photo and a strong message in support of Pride Month in Chicago.

Chicago turns out for their Pride Parades and celebrates June as Pride Month with a lot of pride. When Mariah gave it a big shoutout, lots of followers tagged friends telling them to follow Mariah Brown. Actually, it looks like TLC‘s Sister Wives just picked up a lot more fans. In fact, fans really hope a new season of the show will cover more of Mariah’s journey with Audrey. Mariah’s post looks wonderful with all those rainbows in the comments.

In her Instagram post, Mariah wore some awesome pride shoes in rainbow colors, and everybody wants a pair. Mariah looks great in black and Audrey in red and black. Both of them look dressed for a fun day out in the sun. Mariah wrote, “June’s a pretty big deal around here because we are big on Pride.” She added, “it’s also a great reminder for me that Pride is a protest, one that was started by trans womxn of color.” She also noted that as people gain “more rights” that she thinks it’s so “important to remember where we came from and who stood up for us first.” She ended with, “Happy Pride month, friends.”

june’s a pretty big deal around here because we are big on Pride. it’s also a great reminder for me that Pride is a protest, one that was started by trans womxn of color. as we progress in society & queer folx gain more rights, i think it’s so important to remember where we came from and who stood up for us first. happy Pride month, friends. we’re here and we’re queer🌈🌈🌈

Shoutout by Mariah gains much support and new followers

Mariah came from a family who stepped outside the norm with their lifestyle. No doubt, through her life people questioned her about the Sister Wives lifestyle. Therefore, when she so bravely broke the news to her parents about her pride lifestyle, that was probably harder than telling the rest of the world. These days, she’s not one to take any nonsense about gender preference phobias. Her position as a reality TV star helps highlight the fact that diversity’s in and narrow-minded bigotry’s out. Flying the flag for Pride month with her celeb status is a great idea.

Here’s how some fans of Sister Wives and members of the Pride community reacted:

What do you think about Mariah Brown and Audrey doing their bit for Pride Month in Chicago with their shoutout? Do you think it’s wonderful that Mariah’s using some of her celeb status to take a stand? Sound off your thoughts in the comments below.