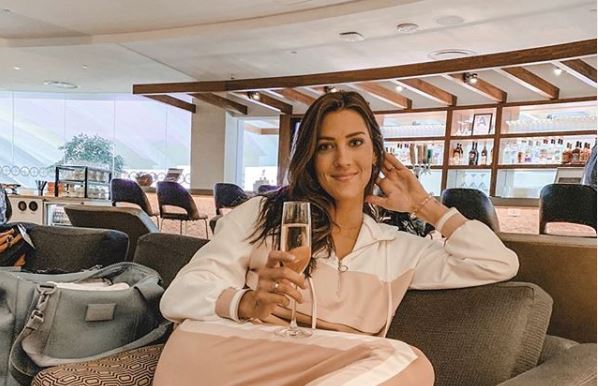 Becca Kufrin of The Bachelorette recently made a post on her Instagram story that has fans talking. This story comes just days after Arie Luyendyk Jr. and his wife Lauren had their first baby girl. During labor, they were posting various updates for fans. Eventually, they made an announcement that the baby had arrived. Then, Becca decided to make a similar post, but not about a baby at all. Instead, she was excited about her cookies.

Becca Kufrin went to her Instagram story and posted the picture that you can see below. It certainly looks like she is mocking the post that Arie and Lauren shared about their baby. 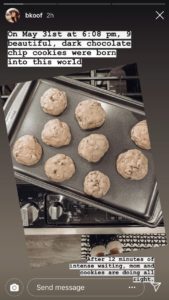 As you can see, this post is very similar to one that would be an announcement for a baby. She went on after that to go ahead and share the cookie recipe in her next couple of posts.

Did she get her happily ever after?

Things didn’t go well for Becca Kufrin on Arie Luyendyk’s season of The Bachelor. He did choose her in the end, but then he dumped her and went back to Lauren. It looks like Lauren and Arie got their happy ending, but did Becca get hers?

So far, it looks like Becca got her happily ever after as The Bachelorette. She ended up with Garrett Yrigoyen and these two are engaged. They even recently got their own apartment together. It does look like she is happy, but for some reason, she still felt the need to throw shade at Arie in this recent post. You have to wonder what Garrett thought of this random post that looks like it was aimed at her ex.

One year ago today I was crying into a terrible breakfast quesadilla because I knew I was in love with this man. His tomatoes stole my heart

Were you shocked by Becca Kufrin’s post mocking Arie Luyendyk Jr.’s post? Share your thoughts in the comments section below. Don’t miss new episodes of The Bachelorette on Monday nights on ABC. Hopefully, Hannah B will be able to find love.