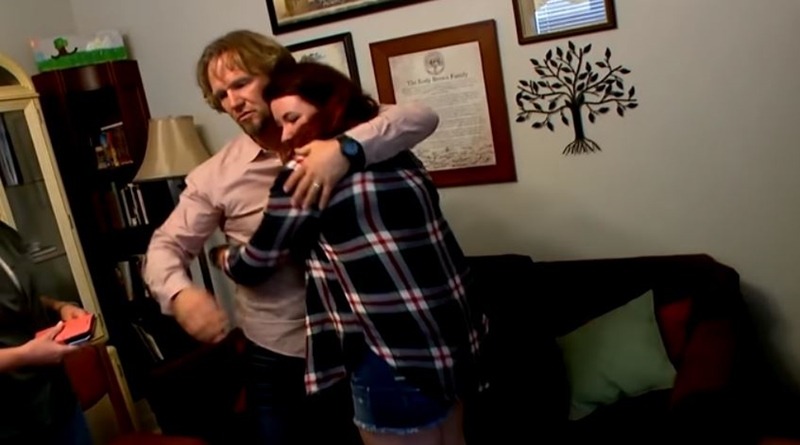 Sister Wives just finished off their 13th season and fans wonder if TLC will bring another season of the long-running series.  Now, it seems that Mariah may have hinted that they are actually filming. TLC always keep things under wraps, so maybe she posted up only a few minor hints. She’s back in Chicago now after traveling to Bali to train as a yoga teacher. Maybe the camera team’s filming her and Audrey Kriss’ progressing relationship since their engagement.

The end of the last season saw the Brown family (most of them) relocate to Flagstaff, Arizona from Las Vegas, Nevada. Kody Brown purchased property there, and we saw him plotting one giant house for all of the wives. Of course, the idea never really took off with the four sister wives. Nevertheless, fans would dearly love to see if that ever comes to fruition with a whole new dynamic to the show.

Certainly, we hear via Radar Online that the slow sale of the houses in Las Vegas might have brought some financial hardship to the family. If Mariah really hinted at a new season, that could help them out a bit. TV Shows Ace wrote about that as well, noting that “Luckily, Meri Brown’s Las Vegas home sold in early May and Radar Online noted she got $574,900 for it. Overall, the three homes sold for way less than they hoped, and Sister Wives fans heard they slashed prices on each and every one of them before getting buyers.”

The fan-favorite Sister Wives show dropped from its heyday in terms of ratings, but it seems enough fans still want more of the polygamous family. If the hints by Mariah are true, then it’s exciting news for those fans. The hints come from CheatSheet. They noticed that Mariah’s been posting quite a lot of photos on her Instagram recently. One of them, which appears to have been removed, said, according to them, “Mariah captioned [a] snap with a heart emoji and stated that both she and Audrey love their camera crew. The sweet message indicates the filming isn’t a one-off thing.”

Other photos on IG by Mariah do show her and Audrey out and about together, and in one, she mentions, “Kaela told me to open my eyes after taking this photo, but let’s be real, what’s more on brand than a photo of Audge & me where you can’t see our eyes?” Plus there’s a photo of her working out at her yoga with her doggie copying her posture. Another shows her out at the Backyard Axe Throwing League.

kaela told me to open my eyes after taking this photo, but let’s be real, what’s more on brand than a photo of Audge & me where you can’t see our eyes? // PS stoked af to be getting back into a routine, my ‘new normal’ if you will, after teacher training. Starting it off right by getting my hair done rn✨

Of course, if the crew’s filming Mariah and Audrey as CheatSheet suggests, there are other storylines they could cover. Recall that Maddie Brown Brush’s soon to have a second baby, and Aspyn graduated. These are all stories that could freshen up the show from the constant catfish saga of the parents. It would be great to see the show continue but with more focus on the younger generation.

What do you think about the hints that TLC may be filming Mariah and Audrey in Chicago? Do you think CheatSheet got it right, and a new season’s started filming already? Sound off your thoughts in the comments below.