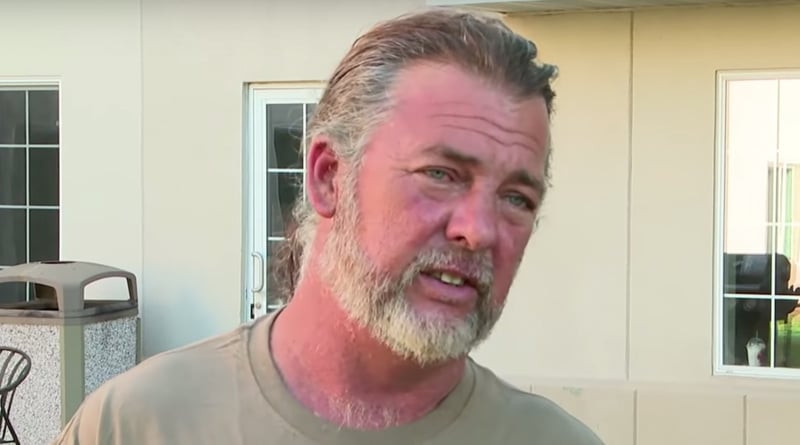 Fans of the Love After Lockup series are shocked and confused after hearing cast member Scott Davey announce his plans to launch a new Swimwear line. The reality show star recently took to social media in a number of Instagram posts and videos to tell fans about his plans to make his new brand, S&L Swimwear a success.

The 51-year-old North Carolinian has told followers in a number of Instagram posts that he is doing business with a ‘partner’ whose name he leaves out. He also reveals that he wants to be inclusive of all shapes and sizes and left a video message to fans and potential buyers to let them know that he would be adding ‘larger sizes’ to their inventory as soon as possible.

Who is the Mystery Woman?

While the ‘new line’ is likely Scott’s way of trying to cash in on his ‘fifteen minutes’, Starcasm reveals that Scott’s launch announcement came out in an odd, backward sort of fashion.

The parolee recently posted a photo to his Instagram that featured a woman sitting across a restaurant table from him. The photo did not include her face but instead focused on her very large chest area and high-maintenance manicure.

Davey’s fans are confused by the post and the lack of information it contains. ‘Who was this woman?’ many questioned ‘Is he dating someone new?’ The comments section was a mishmash of praises from fans and comments from some who find Scott just plain ‘creepy’. Many even accused him Scott of misrepresenting the photo to make it look like he was out with ex-girlfriend Lizzie. The two had a tumultuous relationship that ended on not so wonderful terms.

“Scott why do you keep buying hookers I just want to know..,” commented one fan, “Lizzie would never have those trashy long nails, she works a manufacturing job and she can’t even wear makeup or nails so why you trying to post a picture that makes it look like you’re with her??”

After much debate from LAL fans, Scott published another post days later that put things into perspective. The post contained another photo of the young woman. This time he was quick to let his followers know that she was NOT his romantic interest. He referenced his new swimwear line and revealed that the young lady was going to be a model for the brand.

“Chloe was interested in being one of the models. She was in Los Angeles for the weekend. I showed her around. She’s a very nice young lady. And, I don’t know, people just jumped to a conclusion like I’m dating her or something like that. Which is false.” — Scott Davey

In a recent video clip from Instagram, Scott says that their end goal is to sell high-quality swimsuits with an affordable $25 dollar price tag.

Toward the end of Davey’s Insa-splaining about his new entrepreneurial endeavor, he informs friends and fans about his evening plans.

“So, I’m going to go out right now and I’m going to meet women my own age,” Scott tells the camera,  “because I can. Um, do you like this shirt?”

But the reality stars wild night out meeting age-appropriate ladies didn’t go as planned. Several hours later yet another video crept up on Davey’s Instagram. The video featured Scott who was experiencing vehicle trouble and was taking a moment to vent out his irritations on social media. He reveals to fans that he is angry with someone who allegedly posted photos of him on social media. Scott briefly mentions that he wears boxer briefs, not boxers, implying that the photos were a graphic nature. The tone implies they may also be photoshopped. Davey believes the photos were posted as a play to con money from him.

Soapdirt reports that there might be more to the story than Scott reveals on social media. The article reveals that an Instagram user is alleging that Davey exposed himself while video chatting with her recently. The female saved the screenshots to prove her claim. It seems as though these are the photos that the former inmate is referring to in his rant video.

Davey took the opportunity in his video to grasp the upper hand by telling the poster of the photos to ‘grow up’ and firmly letting them know that he would not be giving away free money for their stupidity.

If you want to catch the new season 2 episodes as they air, Love After Lockup airs Friday night at 9pm on WEtv. SoapDirt also reports that Davey’s fans will get to see more of him when the Love After Lockup spinoff, Life After Lockup premiere’s on the network this June.