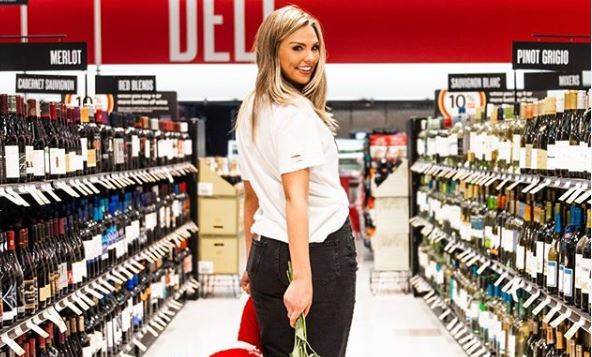 Tonight on The Bachelorette 2019 Hannah B simply said that Tyler G had to go home. She admitted that she enjoyed their time together before he left. Then The Bachelorette didn’t explain any details. So why did Tyler G go home?

Tyler G gets sent home from The Bachelorette

News Week shared the details about why Tyler G gets sent home. It went down tonight, but they didn’t show why at all. It turns out that it is because of his past. During Hannah’s group date, they pulled Tyler G aside. He was then told that he was going to be going home.

It wasn’t Hannah B’s choice to send him home either from what is being revealed. A few users on Reddit are talking about what went down. One said that he was an “extreme misogynist,” saying two friends from high school said he was the “biggest a**hole douche of all time.”

That certainly doesn’t sound like they told Hannah the real reason why Tyler G “had to leave.” Hmmmmmm…

Here is a bit more about what allegedly went down. This is from Reddit as well. It said, “Posting this from a throwaway account because I’m an active poster and don’t want this tied to my account or friends. The story that most caught my attention involves his treatment of an ex. Apparently, he dated a really sweet girl but they would get in public screaming matches often. The relationship ended horrifically – while in Europe he SPIT ON HER and left.” There are always two sides to every single story.

It turns out that reports are that Ashley Spivey helped out a bit. One user said they sent this information to her. She agreed to send it to ABC. Tyler G is being quiet, but now that it went down maybe some information will come out. It would be great to hear a statement from him or if Reality Steve could get him on his show to talk about what went down.

So we're just going to breeze right by the fact that Tyler G. left without explanation #TheBachelorette pic.twitter.com/HeyWBWxniI

Are you shocked that Tyler G was sent home from The Bachelorette tonight? Share your thoughts in the comments section below. Make sure you don’t miss new episodes of The Bachelorette on Monday nights.