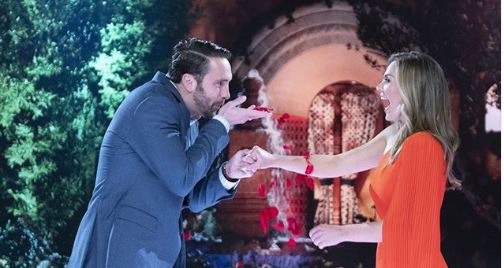 Tonight on The Bachelorette 2019 Cam explained to Hannah B that he almost had to have his leg amputated. The thing is he confused a lot of fans with his story. People were trying to figure out if he had a leg or not. It turns out that the truth is out there.

Cam of The Bachelorette tells his story

Cam actually told his story a while back on his Instagram page. This story explains that Cam actually does still have both of his legs. In 2002, he found out that he had Lymphedema. Because of this, he almost lost his leg.

Cam went through a lot of different options and was even told his leg would need to be amputated. That didn’t end up having to be done, though. Instead, Cam was able to move on and as everyone can see how he still has both of his legs. He actually had 13 different surgeries.

He isn’t ashamed by his story at all and is proud to speak out about it. Cam also said that if you ever need help there are groups out there to help you. It looks like he was able to get the help he needed for his leg.

Carly Waddell was actually very confused about what was going on as well. Here is what she said on Twitter.

So, does Cam have a fake leg now? I’m confused. #TheBachelorette

In the replies, everyone seems to be confused. Cam didn’t explain if he lost his leg or not very well. He was wearing shorts and the fans noticed his leg didn’t look fake. They were right about that, but Cam didn’t do a very good job of telling his story. If he did well, then editing messed with it a bit. Because of the way it was on the show, nobody knew if he had his leg or not.

Were you confused by Cam’s story tonight? Share your thoughts in the comments section below. Don’t miss new episodes of The Bachelorette on Monday nights on ABC.