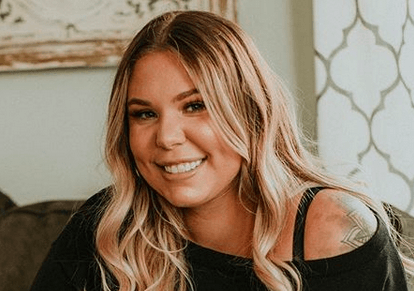 Recently, a lot has been going on in Teen Mom 2 star Jenelle Evans’ life. It all started when her husband, David Eason, shot and killed the family’s dog. From there, custody issues arose. As of right now, none of Jenelle’s children are in her care.

In the midst of this drama, Jenelle lost her role on MTV’s Teen Mom 2. This firing was not in relation to David killing the dog, but it was announced around the same time. MTV had been planning to drop Jenelle prior to the incident. She was quickly replaced by Jade Cline from Teen Mom: Young and Pregnant. The network has supposedly already begun filming with the new star.

As a result of all of the drama, some fans have speculated whether Jenelle and David will split. For now, it seems like the couple is staying together. At one point, Jenelle mentioned they would be going to marriage counseling.

Kailyn Lowry opens up about Jenelle Evans leaving the show

At the time of the incident, Kailyn shared that she was scared of David. At one point, she considered skipping the Teen Mom 2 reunion taping if David would be there. Due to his actions, she was worried about her safety.

“It wasn’t gonna make things better.” 😬 @KailLowry isn’t holding back her thoughts in front of Javi when the #TeenMom2 Reunion continues tomorrow night.

Recently, a source spoke to Hollywood Life about Kailyn Lowry’s feelings on Jenelle leaving the show. The source shared, “Kailyn is beyond happy and relieved that Jenelle is out of the picture on Teen Mom. Kailyn truly disliked being associated with Jenelle and David, especially after David made those homophobic remarks.”

Then, the source added, “It was really stressful for Kailyn especially for having them around and she found such relief when the firing came down. Kailyn had hoped MTV would have fired Jenelle at the same time after she defended David, but is happy she finally got the axe from the show. It’s been a long time coming.”

What are other Teen Mom 2 stars saying about the incident?

Shortly after the incident with Jenelle and David, Teen Mom 2 star Amber Portwood spoke out. She sent out a tweet that said, “Omg I can’t even read anymore details about this horrible incident that happened to Janelles poor dog! ugh. heartbroken seriously…I hope she makes the right decision.” Because of this, Janelle has had a lot of people reaching out to her.

The source that spoke with Hollywood Life continued and said, “Kailyn feels Jenelle is not good energy for the show and the message they’re creating and Kailyn, Chelsea and Leah are all happy to see her gone as they have discussed it. Briana doesn’t care either way about Jenelle’s departure. The entire cast feels for Jenelle’s kids and hopes they are OK as all of the kids have played together and know each other from being on the show for so many years. They all feel sad for them and are just hoping they’re OK.”

What do you think about what Kailyn had to share about her former Teen Mom 2 co-star? Let us know in the comments!

For more news about Teen Mom 2 and other shows, check TV Shows Ace for updates!