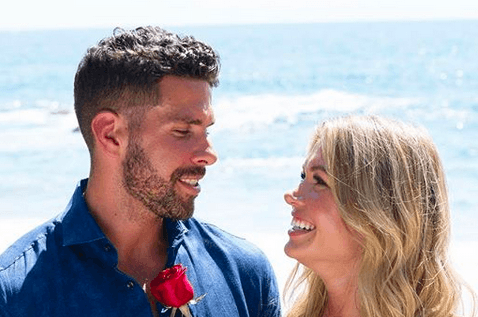 Season 6 of Bachelor in Paradise is right around the corner. It will premiere in late July on ABC. As of right now, there have yet to be any official announcements on casting. Fans will find out soon enough. Currently, fans are enjoying The Bachelorette.

Specifically, fans are hoping to see Demi Burnett, Tayshia Adams, Hannah Godwin, Caelynn Miller-Keyes, Kirpa Sudick, and Onyeka Ehie. These ladies do seem to be likely contestants, but we won’t know for sure for another couple of months.

What is Bachelor in Paradise?

If you aren’t already familiar with it, Bachelor in Paradise is a spin-off of The Bachelor and The Bachelorette. Because of its links to those two shows, it has gained a lot of popularity over its past five seasons.

Stars from previous seasons of The Bachelor and The Bachelorette get to vacation at a secluded resort in Sayulita, Mexico. They aren’t only there to relax though. In between beach days and parties, they get to go on dates with other former stars from the ABC dating shows.

The show wouldn’t be complete without a rose ceremony, which takes place later in the week. Each contestant is given a rose to hand out. One contestant is left without a rose and is sent packing. Throughout the season, additional contestants stay at the resort in hopes of finding true love.

What has Reality Steve predicted about Season 6?

Reality Steve is a reality TV professional. He’s always the first to report spoilers about The Bachelor. Naturally, he has some ideas about what we can expect from Bachelor in Paradise in its upcoming season.

According to Reality Steve, Chris Bukowski will be a part of Bachelor in Paradise. You may recognize his name because he’s been such a major part of the franchise thus far. It’s no surprise that he’s back for more. He was on The Bachelorette twice and has been on Bachelor in Paradise twice as well. Though Chris’s appearance is only rumored at this point, it seems likely.