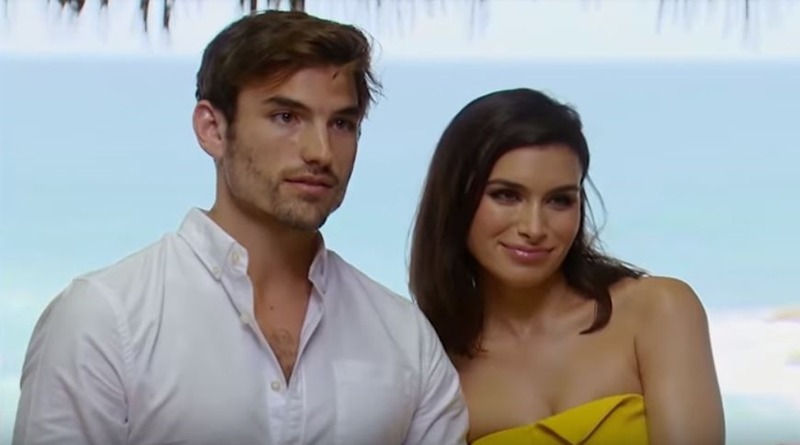 Bachelor in Paradise Season 2 followed the love story of Ashley Iaconetti and Jared Haibon. Bachelor Nation fans recall her literally falling in love with Jared from the beginning, while he preferred a loving sort of friendship. That came back in 2015, so it’s been a bit of a long journey for them. However, this Friday, Ashley I and a bunch of friends celebrated her bachelorette party ahead of her marrying Jared.

Getting a load of friends together, the ladies got aboard a party bus and went out to “the New Kids On The Block concert at the Honda Center in Anaheim, Calif. on Friday night,” E!News reported. They wrote that the girls had a great time out, noting “Donnie Wahlberg, one of the lead members of the band, took pictures and videos with Ashley and her bachelorette party at the concert. “Happy Bachelorette Party ASHLEY!!!!!” he wrote on his Instagram Story.”

Ashley and Jared really were off and on with each other during their Bachelor in Paradise season. However, it seems the love they found endured the test of time. It took Jared a bit longer to realize she was the one than it did Ashley. Back in 2018 fans can recall they announced they were seriously dating. Later this year, Cosmopolitan reported that they announced their engagement and the wedding’s set forAugust “in Rhode Island!”  They also dropped a hint that we may see it on television.

Ashley and Jared’s love story to marrying on YouTube

Over on her Instagram, Ashley keeps fans of Bachelor in Paradise updated on her life. Often she posts up pictures of them together, looking very close. Plus, she reminds her fans on IG to follow their reality TV  on YouTube. A few days ago, she noted,  “Our reality show “What Now?” is OUT NOW on YouTube! 💻 The docuseries follows Nick, Jade, Tanner, Jared, and me in our lives now. It covers babies, pregnancy tests, new homes, wedding planning, strip shows (lol), and our friendship. 🎥 Episodes 1&2 are up now. Episodes 3&4 come out next Tuesday. Episodes 5&6 come out on 6/4.”

Our reality show “What Now?” is OUT NOW on YouTube! 💻 The docuseries follows Nick, Jade, Tanner, Jared, and me in our lives now. It covers babies, pregnancy tests, new homes, wedding planning, strip shows (lol), and our friendship. 🎥 Episodes 1&2 are up now. Episodes 3&4 come out next Tuesday. Episodes 5&6 come out on 6/4. Link in bio and IG story!

KineticTV brings some interesting insights into living arrangements and it’s worth checking out. One fan said, “Wow. This really showed me a side of you all that we haven’t seen before! I’ve been following y’all since the bachelor/bachelorette. Following on social media and a listener to all your podcasts. I truly do love all of you guys and enjoy listening to you all each week.” If you’re still hungry for this couple, you see quite a bit of their day-to-day lives.

Of course, fans could hope that the bachelorette party for Ashley Iaconetti may screen a bit ahead of her marrying Jared. What do you think about the long road to marriage for this Bachelor Nation couple? Do you hope the wedding’s televised so we can all share in her happy day? Sound off your thoughts in the comments below.