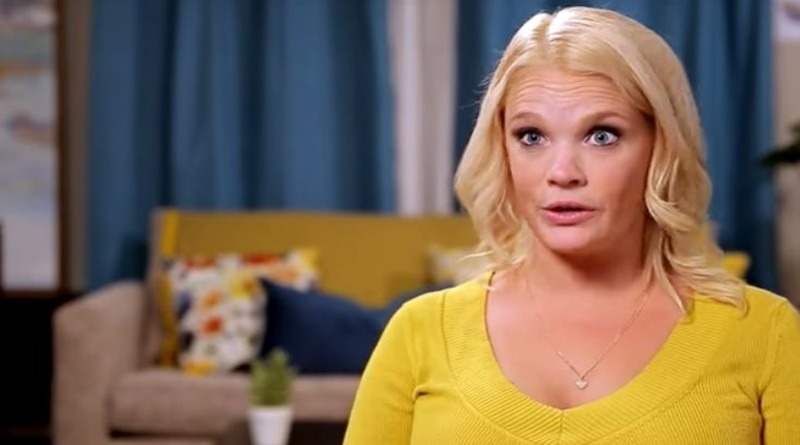 90 Day Fiance: Happily every After? fans know Ashey Martson’s on a round of parties these days, minus Jay, of course. Recently, she posted up getting out and about and then flying out to Houston. Much like Jay Smith, she spends a great deal of time enjoying music and parting hard. Now, she posted up a series of her party-time photos, plus a surprising pic of her with a Houston cop.

Ashley Martson refers to herself as a “star,” which sometimes makers her haters giggle. After all, she’s no Lisa Vanderpump when it comes to Instagram followers. Anyway, these days, she posts up some pictures but seems to love doing Stories. Her Stories often show her loving the limelight and partying hard. Anyway, now in Houston, Texas here are some shots of her enjoying the night:

We know that Jay’s definitely not at this day of fun and partying. Actually, on another of her posts, Ashley posted a photo of her looking rather nice in a swimming costume down at the poolside in Houston, Texas. Like nothing ever happened between them, Jay Smith popped up saying, “See you when you get home baby💕.” Of course, that got a few reactions, as you can imagine. This on-again-off-again love story got so many twists and turns that 90 Day Fiance followers simply don’t know what’s going on.

At some stage during or after the party, a cop arrived somewhere, wherever and Ashley got her photo taken with him. Turns out he’s a rather nice looking fellow. She tagged him in her photo and yep, he has “sheriff” across his chest. John Yates picked up on it and several social media influencers shared the picture. That started a bit of a conversation.

Of course, fans of 90 Day Fiance: Happily Ever After?  commented on it and here’s what some of them said about it:

What do you think about Ashley Martson posting up about her partying and then a shot of a Houston cop? Do you think she’s playing the fool, or maybe got pulled over? Sound off your thoughts in the comments below.