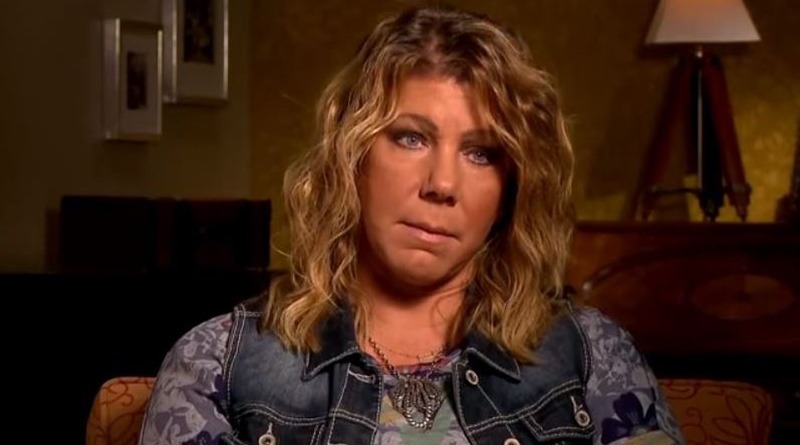 Sister Wives stars Meri and Kody Brown talked about starting their relationship up again at the end of the last season. Kody looked to be in a good place about mending their relationship. However, Meri seemed a bit less enthusiastic. It came over almost as though she’s in a sad place and kind of resigned to it. She certainly seems unhappy in Flagstaff but also determined to try and make it work. Now, it looks like she may have problems with the other sister wives.

Sister Wives relationships are difficult and understandably sad at times

Part of the audience fascination with the Brown family and their polygamous lifestyle is the idea of sharing one man. Considering they manage this without violent confrontations is actually mindboggling. Somehow they make it work, but the jealousy issues always crop up. if it’s not Christine, it’s Robyn, Meri, or Janelle. For Meri, in particular, the now old catfishing scandal never really went away. Pretty much the other women were shocked and Kody backed way off her.

Trying to rebuild with Kody could take a very long time, actually. Many fans encourage her to get away from it all, but it seems she’s not really interested in that. Now, the fact that the other wives may hurt her came out in an Instagram story this week. To be honest, we don’t know if Meri spoke about her family, but it’s easy to draw the conclusion in the dynamics of the Sister Wives family.

Before the most recent season of the TLC show, Meri’s personal Instagram account showed her losing weight, exploring around, going to Chicago and looking very well. Often, she posted up positive messages showing her big smile. However, she took the account down, deeply disappointing her Sister Wives followers, and kept her LuLaroe one instead. She posts less happy pics these days and more sad messages.

In one post, Meri noted that she “had this overwhelming emotion of missing Las Vegas, the place I called home for nearly 8 years. I mean, I was really really sad for not living there anymore. So much life there, so many friends. It was home for me. I loved it.” Although she later said she could find happiness in Flagstaff, it sounds like she was trying to force herself to stay there. But now, she topped that off with a sadder Instagram Story.

Yesterday I had this overwhelming emotion of missing Las Vegas, the place I called home for nearly 8 years. I mean, I was really really sad for not living there anymore. So much life there, so many friends. It was home for me. I loved it. Then this morning I wake up, sun is shining, beautiful day, I mean, my back yard is the mountains for heavens sake! How could I not love this?? Though I'm new here to Flagstaff and it doesn't feel like home yet, I look forward to this summer, exploring the city, the amazing nature that surrounds me, and of course meeting new people, trustworthy friends. There's a lot of life ahead of me here, and I'm anxious to see where it takes me. 🌞🌞🌞 #LivingMyWhy #BecauseICan #HeresToNewAdventures

In a story this week, Meri wrote something that may mean the other wives hurt her in some way. The Hollywood Gossip noted what came from Meri: “I wish more women realized that helping another woman win, cheering her on, praying for her, or sharing a resource with her, does NOT take away from the blessings coming to them. In fact, the more you give, the more you receive. Empowering women doesn’t come from selfishness but rather from selflessness.”

As mentioned before, it could refer to almost anyone. However, Meri lives a complex life surrounded by other women. Often those closest are the ones who hurt us the most. For Meri’s sake, hopefully, that story is not referring to her sister wives. Lots of fans just wish Meri happiness instead of sadness. Others hope that Kody and Meri dating again brings her joy. Others think if she’s sad she should hit that road back to Vegas. What do you think?

Joy Forsyth Leads Her Children Down A Forbidden Path
Fans Think Whitney Way Thore Got Rid Of Neeshi, What Happened?
Why Amelia Gray Hamlin Apologizes To Her Dad Harry
Is Kendra Duggar Strapped For Cash After ‘Counting On’ Cancelation?
‘Teen Mom’: Mackenzie Edwards Updates Relationship With Ryan, ‘Turn Your Mess Into A Message’