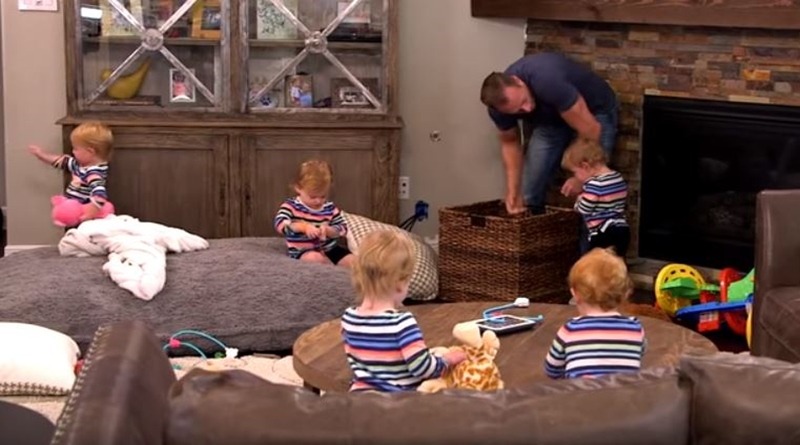 OutDaughtered returns to our screens courtesy of TLC on Tuesday, June 11 at 9 PM ET/PT. That’s not too far away for fans of the all-girl and one guy family. In the meantime, ahead of the season, Danielle Busby’s busy keeping fans updated on her social media. Actually, she does quite a lot of Instagram Story Q&A sessions. In her most recent one, she predicted what Blayke and the quints’ future careers might be.

OutDaughtered quints look very much alike, but they all have different personalities

During her Instagram Q&A session Friday, Danielle got asked a few questions, and one of those was about the future careers of her daughters. Fans sometimes experience difficulty telling the quints apart, but they know each one comes with a unique personality. Knowing the little girls, plus big sister Blayke, OutDaughtered fans enjoyed Danielle’s assessments of all of them.

Blayke, with her caring attitude toward her little sisters, learned to nurture at a young age. We see her there all the time, unselfishly giving her time to them. Instead of jealousy, she clearly loves all of them. Equally, they love their big sister too, and that’s that charm of this family. Loads of love and bushels of cuteness draw the fans back season after season. Of Blayke, Danielle feels a future career will involve nurturing and she could end up as a “veterinarian.”

Danielle Busby’s quints and how they appear

First up, if you don’t know, the OutDaughtered quints are Ava Lane, Olivia Marie, Hazel Grace, Riley Paige, and Parker Kate. Olivia and Ava are identical twins while the other three are fraternal. The girls arrived by C-Section delivery in 2015, quite prematurely. However, they certainly grew into a delightful bunch of little girls. Country Living reminds us how to tell them apart:

Predictions on the quints’ future careers

Okay, now we can move onto Danielle’s predictions. For Hazel, it seems she’s likely to end up as a “doctor” or something else in the “scientist field.” Well, she had her share of doctors with her eye problems, so maybe the medical people treated her kindly. Then, on Riley, Danielle thinks the future could hold a place for her as the “PRESIDENT.”  That actually sounds fitting for this determined little girl.

Parker probably ends up as a “makeup artist/fashion designer.” Oh, that’s cute! fans of OutDaughtered could agree on that. Next, Danielle considered Olivia, who she predicts finding a career as a performing artist or “dancer.” Finally, Ava, Olivia’s twin could become a “singer.” Those two certainly seem inclined towards similar talents.

What do you think about Danielle Busby’s predictions of possible future careers for the quints and Blayke? Do you agree their personalities lean in those directions? Sound off your thoughts in the comments below.