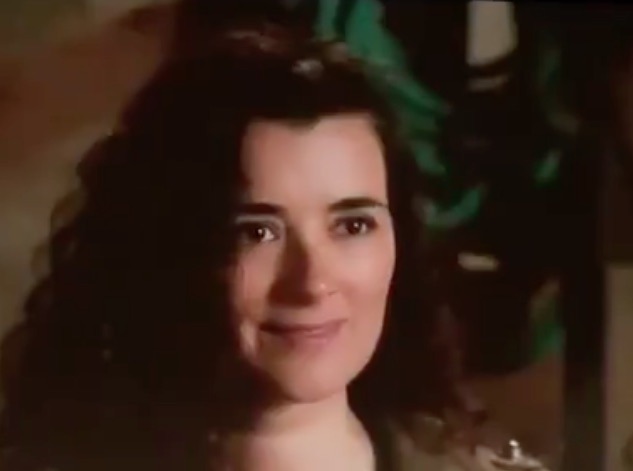 The NCIS writers delivered what their Game of Thrones counterparts could not: A real shocking cliffhanger. NCIS brought back Ziva David! Cote de Pablo returned for the first time in six years to the CBS show. Who in the cast knew and will Ziva David be back for Season 17?

The NCIS Season 16 finale was one of the most spectacular endings in the history of television. In a week that saw The Big Bang Theory and Game of Thrones air finale shows, NCIS provided the biggest bombshell of all: Ziva David was back!

At the end of the emotional episode entitled “Daughters,” Gibbs was in his basement, working on his canoe when he heard someone return. He thought it was the ghost of his ex-wife, Diane (Melinda McGraw), who had been haunting him all episode. Instead,  Ziva David appeared, and Gibbs truly looked as if he was seeing a ghost.

As usual, Ziva cut to the chase. “Hello, Gibbs. No time for pleasantries — you’re in danger.” Ziva started walking down the stairs. “Well, aren’t you gonna say something?” Giving her a look of shock and glee, Gibbs only one had one thing to say, “Ziva.” Anyone watching this season finale scene was most likely saying that very same thing. Ziva!

This is not a drill everyone.
Welcome home #Ziva
People… see you all season 17.#NCIS pic.twitter.com/qVb1hCJkiL

The return of Ziva David was a closely held secret. According to TVLine, only the showrunners Frank Cardea and Steven D. Binder had copies of the scene pages. No one else had an inkling that she would return. Despite some foreshadowing earlier in the season, it certainly does not sound like any cast members knew Cote was returning, with the exception of Mark Harmon.

This filming was so covert, that it took place at midnight, well over an hour after the regular cast and crew left. Cote de Pablo snuck in a back door. Then, the scene with Cote and Mark was filmed with only a skeletal crew.

Will Ziva Be Back For Season 17?

As of now, Cardea and Binder released a statement that Cote de Pablo will be back for the NCIS Season 17 premiere show. Ziva needs to explain to Gibbs why his life is in danger. Will she meet anyone else on the team? Odds are no. But, we know that Eleanor Bishop (Emily Wickersham) knows her secret. Could she end up working with Ziva?

Will fans see more of Ziva David? The two showrunners are keeping their cards close to their chest, but they have revealed that “This surprise moment is just the beginning.” Does this mean more surprises or more Ziva? NCIS fans will have to wait til September to find out!

Are you thrilled that Ziva David is back on NCIS? Do you want to see her return for Season 17 on a regular basis Have you been keeping up with Cote de Pablo since her 2013 departure from NCIS? Please share your comments and predictions below. NCIS Season 17 will be returning to CBS sometime in September. Check back with TV Shows Ace for all of the latest news on Ziva and NCIS.