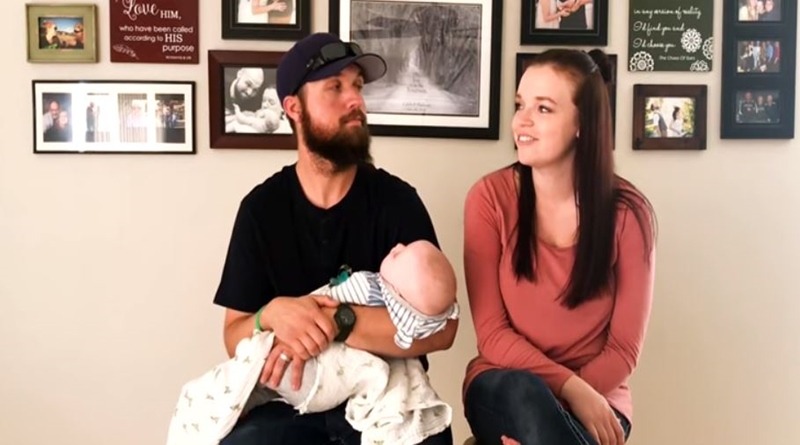 Sister Wives fans recall that Maddie Brown Brush gave birth to Axel two years ago. It’s incredible to think the Brown’s first grandchild’s already celebrated his second birthday. Maddie took to her Instagram Stories and also posted up a photo of the cute little boy on the occasion of his birthday, May 20. Obviously, many fans went to congratulate Maddie, saying it’s her special day too.

People reminds us that “Axel was born at 12:13 a.m. on Saturday, May 20, his exact due date. He clocked in at 8 lbs., 8 oz. and is 21-inches long. The family’s little bundle of joy was born after 72 hours of labor — including 12 hours of hard labor and four hours of pushing.” Remember back in April 2016, Maddie revealed her pregnancy and the family went delirious with joy. Of course, for Kody and Janelle, the wonderful news heralded their first grandchild.

For fans of the show, it seemed a bit strange as Robyn Brown had Kody’s littlest child while Maddie was pregnant. Anyway, for now, little Axel and his sister-wife grandmother Robyn’s daughter Ariella Mae, are the closest in age. However, fans also know another baby’s coming along for Maddie and it’s a girl. In August, little Axel becomes a big brother, and fans of Sister Wives can’t wait for it.

First, Maddie posted up some Instagram Stories about Axel’s second birthday. Her first picture showed the little boy and she captioned it with, “We have a 2 year old!” Then she shared birthday wishes from Aspyn and Ysabel. Later, she took to her main IG and shared a photo that Sister Wives fans could at least comment on. Many of them did, and Maddie’s so kind, she also wished many of them “happy birthday,” as well.

Here’s what some of her fans said to Maddie:

This little boy is 2 today! Where the heck did the time go!? I can't believe how big he has gotten and he w quickly it is going! Nothing gives me more joy than being his mom! 💚💚

As you can see, Maddie Brown Brush really makes an effort to engage with her fans, sharing special moments in her life. Do you think it’s amazing how quickly the time flew by? Caleb and Maddie’s little boy Axel already had his second birthday! Do you think he’s a little cutie? Sound off your birthday thoughts in the comments below.