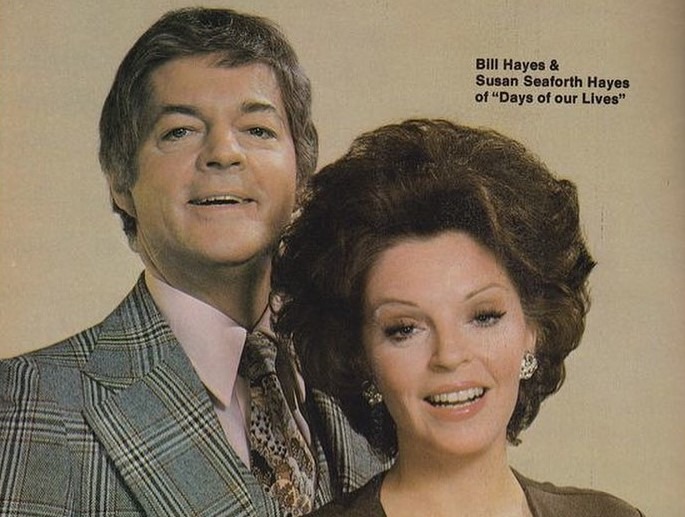 Days of Our Lives will be preempted on Monday, May 20 due to the French Open. It may be preempted Tuesday and Wednesday as well, depending on how the tennis tournament pans out.

Last week was an emotional week for viewers of the daytime soap Days of Our Lives. Salem held funeral services for the presumed dead toddler, Holly Jonas (Harlow and Scarlett Mallory.) Maggie (Suzanne Rogers) was so distraught over losing her granddaughter that she broke her sobriety and had a drink. This week has some twists, turns and a milestone anniversary for one couple.

Nicole is Working With Xander on Days of Our Lives

Nicole (Arianne Zucker) reads the citizens of Salem the riot act after the loss of her daughter. Later in the week, it’s revealed that Nicole is Xander’s (Paul Telfer) plan all along.

She later kisses Brady (Eric Martsolf.) This has rumors flying that Nicole is actually Kristen DiMera in disguise.

When he’s not kissing Nicole, Brady finds Maggie passed out drunk. Fans might remember that Maggie is the one who helps Brady get sober. In his first step in returning the favor, Brady helps Maggie hide the fact that she’s fallen off the wagon.

Tripp (Lucas Adams) finally wises up to Claire’s (Olivia Rose Keegan) schemes and dumps her. Claire is the reason why Haley (Thia Megia) was about to be deported until she skipped town with J.J. (Casey Moss.)

In a fit of rage, Claire piles Tripp’s belongings in the middle of the loft floor. Ben (Robert Scott Wilson) happens to drop by before she lights the fire. He tells Ciara (Victoria Konefal), giving them a new suspect in the cabin fire that almost killed Ciara.

Meanwhile, Eve (Kassie DePaiva) abuses her new position as commissioner to frame Ben for the cabin fire. Eve knows that Claire was the one who actually set it. But Eve still wants justice for her daughter’s death.

A Couple Celebrates Their 25th Anniversary

Susan Seaforth Hayes celebrated 50 years on ‘DOOL’ last year. This week, her fictional alter ego, Julie, celebrates her 25th year of wedding bliss to Doug (Bill Hayes.) The duo is a couple on-screen and off. Off-screen, they’ve been married for more than 40 years.

More Days of Our Lives Spoilers:

On Friday, Chloe finds Gabi and Stefan in bed together.

Tune in to NBC weekdays to watch all the drama unfold on Days of Our Lives.