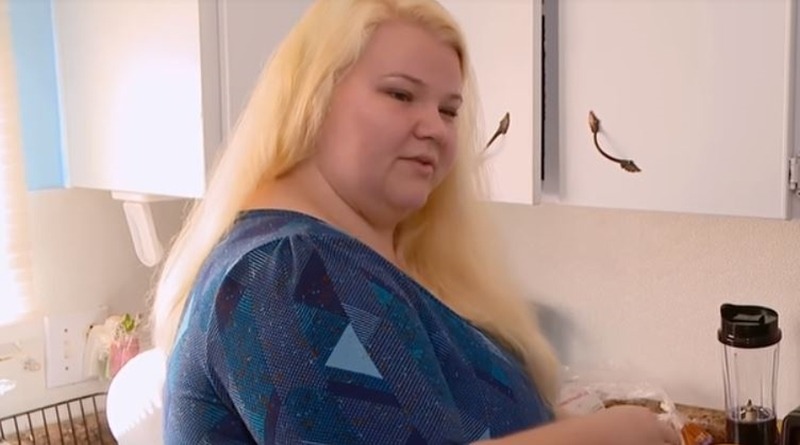 90 Day Fiance fans know that Nicole Nafziger and Azan had their ups and downs. Some of those centered around him allegedly unhappy with her weight. However, he did try and help her get some control and start fitness workouts and good eating. Ahead of the Happily Ever After? spinoff, she reminded fans that she struggled a lot with it. This weekend she posted up a photo that got one follower slamming her. However, Nicole’s brother Thomas stepped up to defend his sister on IG.

Taking to her Instagram, Nicole wrote, “My siblings and I fight all the time but we laugh at the same time! We are a crazy funny family that loves more than we argue (well I think😂) and we take care of each other.” Then she added, “Sorry Racheal your not in the pic! You need to move back home to #Florida!”

Many 90 Day Fiance fans noted the resemblance between the four of them in the photo. Someone commented that Nicole’s mom sure has “strong genes” as she managed to “clone” all the kids. Others also noticed how they seem to have very similar “faces.” It was all quite nice and friendly until one user showed up who started body-shaming Nicole.

Thomas got a bit irked when one user posted, “I see you stopped dieting, you shouldn’t promote any kind of diet “aid.” Nicely, Thomas reminded the user that, “Nothing is ever a straight road there are curves and bumps and sometimes you fall off but you don’t know that do you? Bet when sh*t gets hard you just quit.” Not content to leave it at that, they actually hit back at him.

The 90 Day Fiance troller even went so far as to say, “I wasn’t talking to you anyways, p*ss off!” They then added, “why is it any of your business, f**k off idiot!” Wow, that’s taking it a bit far when you discuss Nicole with her very own brother! He gave it one more shot at explaining his defense of his sister, writing that they were “insulting my family idiot.” He then suggested the troll takes “a second and reread what was said.” Adding, “u judged someone u don’t know so I judged you and you obviously don’t like it.”

My siblings and I fight all the time but we laugh at the same time! We are a crazy funny family that loves more than we argue(well I think😂) and we take care of each other. Sorry Racheal your not in the pic! You need to move back home to #Florida! #Family #90dayfiance #90dayfiancehappilyeverafter

What do you think about Thomas stepping up to defend his sister Nicole Nafziger when the troll body shamed her? That’s a nice thing he did for Nicole. He really must have been very angry as he doesn’t often comment on his sister’s IG posts. Sound off your thoughts in the comments below.

Remember to check in with TV Shows Ace often for news about 90 Day Fiance: Happily Ever After?