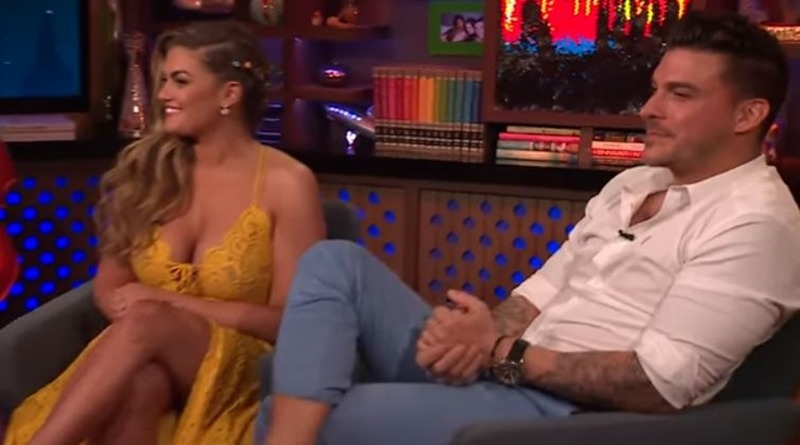 Vanderpump Rules fans know that Jax Taylor and his fiance, Brittany Cartwright are getting married soon. However, a couple of articles came out wondering if he’s “getting cold feet” about the upcoming wedding. They also mentioned some stuff about taxes and quite a lot of things said by an unnamed source. Jax heard about it and denied he’s getting “cold feet.”

Over on Twitter, a fan shared an article to Jax Tayor, asking him, “Please tell us this is a bunch of BS

.” The article by Reality Blurb cited Radar Online who wrote the original story about Jax and cold feet. In their article, Radar Online wrote, “Jax Taylor is having serious second thoughts about marrying co-star Brittany Cartwright.”

According to their Vanderpump Rules source, it’s all about how “Jax is starting to think that it is not even his wedding because it is now being looked at as a production instead of a special occasion.” They added that “Jax “is having cold feet.” The source mentioned that “the reality is sinking in that this is really happening and the two of them have been fighting over every little detail.” 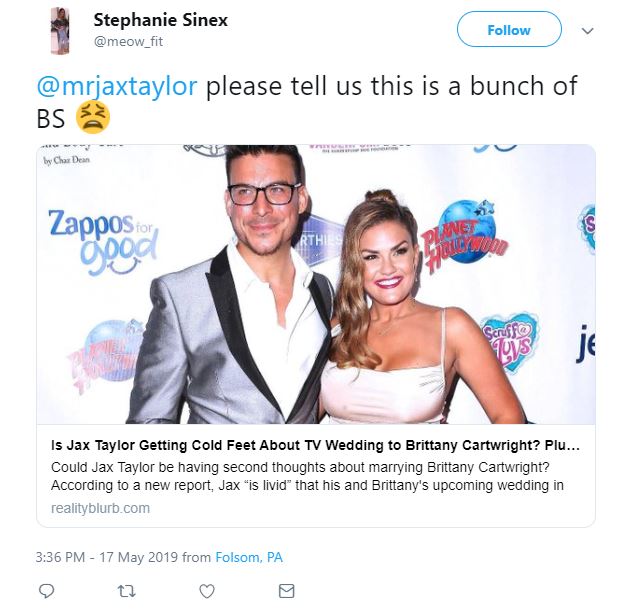 Some Vanderpump Rules fans wondered if the “source” even existed. One follower posted a comment on Twitter that said, “Who is this source, I honestly think that they pulling information out of their b*tts that isn’t true.” Actually, they could very well be right. Think about it! Have we ever seen Jax stopping people from doing things for him? Have we ever seen Jax turn down an opportunity to get in front of a camera? After all, we are talking Jax Taylor, a guy who allegedly asked Bravo to do a spinoff for the wedding.

Anyway, Jax blew the story off in just a few short words. He posted, “Cold feet, my feet have never been hotter.” Actually, his fans had more to say about it than the Vanderpump Rules Star. One of them posted a funny meme of “Jax running to the castle to get married knowing Britt will be walking down the [aisle] to him.”

Jax running to the castle to get married knowing Britt will be walking down the isle to him lol pic.twitter.com/bpdabAg8pM

Jax Taylor and Brittany Cartwright marry at the Kentucky Castle in Versailles, Kentucky, on June 28. Will we see him there, or is he really ‘getting cold feet?’ What do you think about the story? Do you think Jax is telling the truth when he blows off the article? Sound off your thoughts in the comments below.