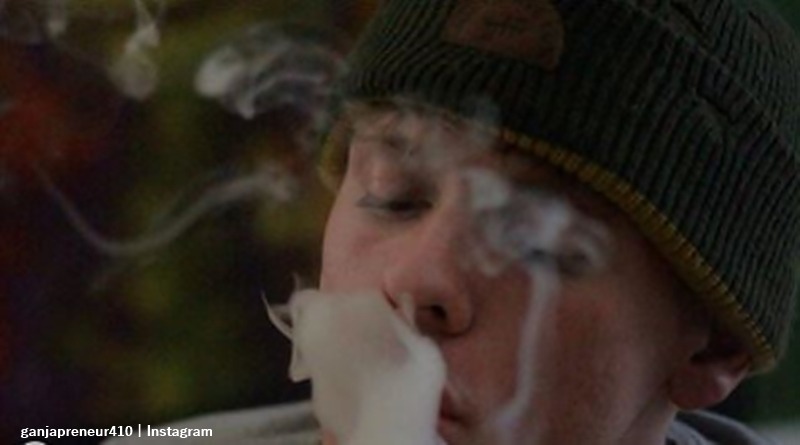 90 Day Fiance fans heard back in April that Olga, the baby, and Steven would reunite in the USA. That got delayed until May 9, when Steven posted up her air ticket on IG. Not only that, but he asked fans what they wanted to see when she arrived. However, since then all went quiet on that front. Many fans ask where she is, and grow concerned about the amount of cannabis smoking he does on his Instagram.

At the end of April, TV Shows Ace reported that Olga’s ticket got confirmed for May 9. Back then we wrote, “Taking to his Instagram Stories, late Saturday, [Steven] posted up the information and shared a bit of the ticket for people to see. He added some emojis and a note that says they arrive in the USA in “11 days, 2 hours and 55 minutes.” Steven sounds thrilled that everything’s coming together.” However, since then, not another word about her came from Steven.

On May 10, still, no word came about Olga’s arrival via social media. So, looking into it again, TV Shows Ace noted, “A new post by @90dayfiancenews said she’s on track to arrive.” On Tuesday, in answer to fans confused about her actual arrival date, Steven replied that she comes Thursday (9 May). Well, Thursday came and went and there’s no big announcements of her arrival. Now, ten days since Olga’s expected arrival fans of 90 Day Fiance start wondering what happened.

These days, despite people asking questions over and over about whether Olga arrived or nor, Steven ignores them. He mostly goes on his IG Stories to share cannabis products and then smokes them. Or, he posts up on his new Ganja account ganjapreneur410. Firstly, some 90 Day Fiance followers worried about that as CPS could get involved with their baby. Secondly, they now start worrying that Olga never actually arrived at all. In fact, speculation is that they probably broke it off. Here’s what followers are saying about it all:

So where is Olga from 90 Day Fiance?

Okay, privacy should be respected. However, fans grew concerned because Steven came out and asked what they wanted to see when Olga returned. However, they see nothing. It’s like she evaporated out of his new ganja lifestyle. What do you think about Olga and where she might be? Do you think she maybe stayed back in Russia after all? One Russian follower suggested that Russian women are wary of drugs. Is it possible Olga may be worried about Steven Frend’s new cannabis venture? Sound off your thoughts in the comment below.

Remember to check in with TV Shows Ace often for more news about 90 Day Fiance.

Wait, Kim Kardashian’s Met Gala Hair Cost How Much?
‘DWTS’: JoJo Siwa’s Dance Partner Injured – Are They Quitting The Show?
Free Streamer Tubi Wants To Be Your October Halloween Scare Spot For TV
Nanny Faye Has Chase Chrisley Blushing With The Junk In Her Trunk
Teresa Giudice & Kyle Richards Post Selfie Teasing Peacock’s ‘RHUGT,’ So Why Is Teresa Is Getting All The Attention?