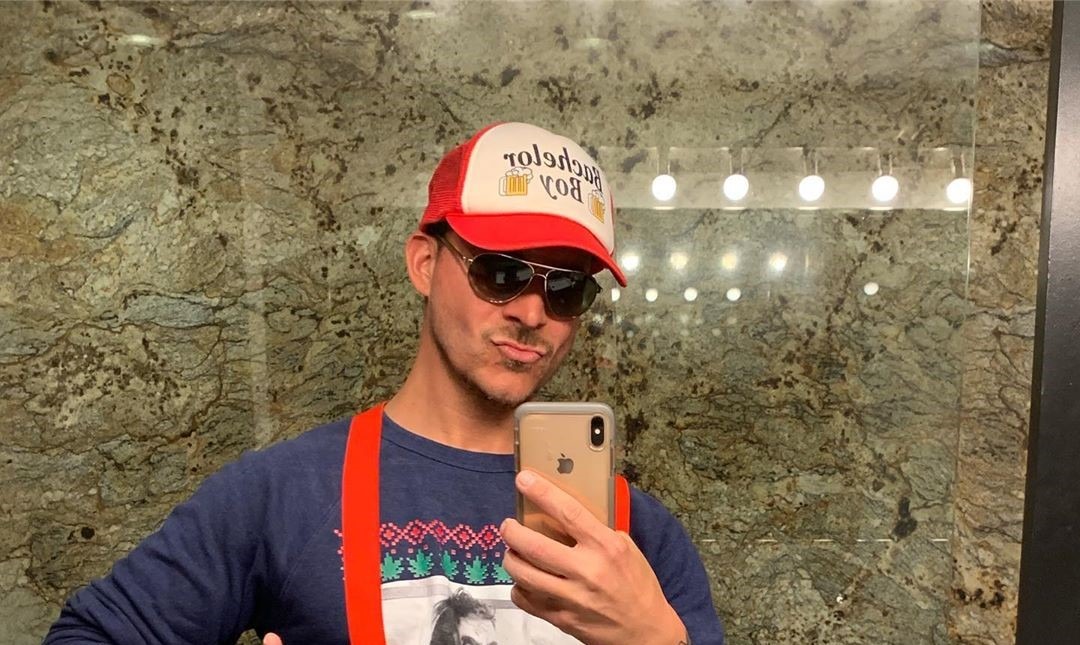 March was not Jax Taylor’s month. Days before the tense Season 7 Vanderpump Rules reunion filmed, Jax was hit with a huge tax lien. According to Perez Hilton, Jax owes the State of California $80, 424 in taxes. The lien was filed March 27. The reunion taped on March 29, exactly three months before Jax’s lavish wedding to Brittany Cartwright.

Ironically, Jax told host Andy Cohen on Watch What Happens Live in April that he was “very smart” with his money. When Andy tried to offer Jax advice about saving the money he makes from the show, Jax responded, “You might want to talk some of the other cast members on this, not me. I’m good. I’m frugal. My dad taught me well.”

Vanderpump Rules viewers have watched as Brittany planned the wedding of her dreams. Jax complained relentlessly about the price of everything, from the engagement party to the wedding venue.

However, before the wedding planning began, Jax dropped $70,000 on an engagement ring. The 3.14-carat diamond ring. The duo briefly split during Season 6 of the show after Jax admitted to cheating on her with a SUR co-worker.

In addition to planning an elaborate wedding, the couple recently purchased their first home. The house is just a few miles from Ariana Madix and Tom Sandoval’s new home. Co-stars Katie Maloney-Schwartz and Tom Schwartz also purchased a home in the area. Kristen Doute bought herself a house close by as well.

I am feeling SO blessed! We have so much to look forward to ❤️ We are moving into our first home together this week, we are getting married in less than 2 months, and we start filming season 8!! We are growing up, moving forward, & working for our forever happiness. Every couple goes through ups and downs (unfortunately you get to see ours) but I couldn’t be happier than I am now or more proud of Jax. ❤️ he’s my best friend and even if some of you don’t get it…. we don’t care! 🥰😘 spread the love guys! I’m focusing on bettering myself and my relationships every day. Everyone can grow and change, you just have to want to do it! ❤️❤️

Fans might wonder how Jax can afford all these expenses. It turns out that he is the highest paid cast member on Vanderpump Rules. Jax pulls in $25,000 per episode, a whopping $600,000 a season. He has other ventures outside of the show, such as the beer cheese with Brittany, modeling and nightclub appearances.

Page Six reports that Jax’s publicist said the lien had been paid off, “Everything was taken care of before purchasing his house.” The gossip page also reported that the lien hadn’t been removed from the records in California. However, it can take up to 30 days for the IRS to process the payment.

Jax spent most of part 1 and part 2 of the reunion episodes yelling at James. Perhaps stress over his tax lien and upcoming wedding were the reason for his behavior. At one point, Andy had to jump in between the frenemies before they could come to blows.

Sources have been saying for weeks that there was a physical confrontation during the reunion taping. Tune in to Bravo Monday at 9 p.m. for part 3 of the Vanderpump Rules reunion. Will things get physical with Jax and James after all? Share your thoughts in the comments.

‘Alaskan Bush People’ Exclusive: Gabe’s Thunder Thighs Are Debated
‘Real Housewives’ Star Continues To Be Dogged By ‘Cult Leader’ Claims
Sources Reveal Identity Of ‘The Bachelor’ 2022 Through Filming Pics
Lori Loughlin One Step Closer To Returning To ‘When Calls The Heart’
Could There Be A Baby Number 4 For Jade Roper & Tanner Tolbert?