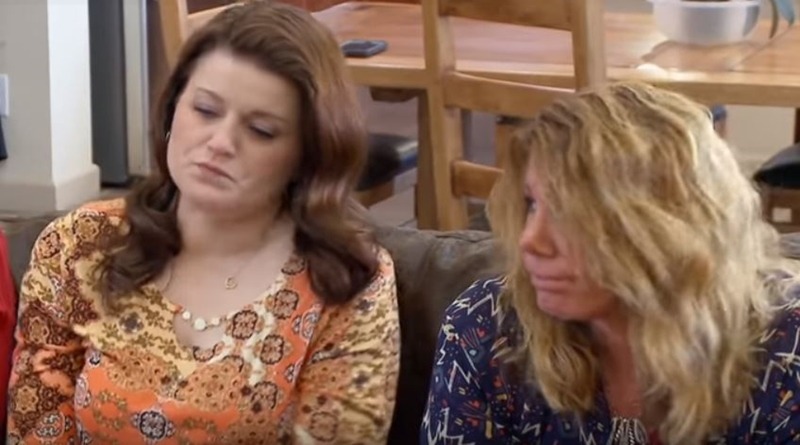 Sister Wives fans followed Kody Brown and his family for years. In fact, some of them get so involved in their lives that they take things very personally. That’s particularly true when comes to Meri Brown, Kody’s first wife. Although she made the ultimate decision to divorce Kody so he could marry Robyn and adopt her children, fans felt Kody dumped her after that. Now, according to a source of Radar Online, it looks like he pretty much dumped all of them and focusses only on one wife – Robyn.

Kody Brown came across during the last season of Sister Wives as desperate to move to Flagstaff. Fans of the show wondered what the rush was? Apart from Robyn Brown, the rest of the wives seemed extremely reluctant to move. Jenelle worried about pulling Gabe out of his school. Christine’s kids seemed equally reluctant, and Mariah, Meri’s daughter, came over as quite critical. Fans eventually decided the move really focussed on the wants and needs of Robyn. As far they’re concerned, the deal was already done before Kody’s elaborate explanations for the move.

However, Kody Brown may regret moving to Flagstaff, as it’s much smaller than Las Vegas. In Vegas, pretty much anything goes, and nobody really cares how you live your life as long as you’re a decent enough person. However, Flagstaff’s a different matter. Although Kody described it as a place with many “liberal” types, not everyone wanted them in town. The idea of cameras and crew around could intrude on people who just want a quiet life. Now, it seems Radar Online found at least one source who’s keeping an eye on the Browns.

According to the Radar Online source, Kody Brown spent almost an entire week at Robyn’s home. It seems he’s settled there as his bike and his SUV seem almost permanent fixtures. They note that he didn’t seem to go anywhere near Janelle, Christine, or Meri’s home. In fact, Christine went to Robyn’s house on Mother’s Day, but Jenelle looked lonely browsing the farmers market. Who knows where Meri was? We seldom hear from her these days unless she’s marketing her LuLaroe line on Instagram.

During the Tell-All for Sister Wives Season 13, Kody made out that he and Meri were “dating” again. Remember, their relationship became untenable after Meri got cat-fished. Although it happened years ago, this season, TLC revisited that all over again. Heartily sick of it, fans hoped the Browns and Meri would just get over it. Well, that seemed likely as all looked better for Meri and Kody in the Tell-All. However, it seems that he really just gave his first wife the push in favor or Robyn.

While some Sister Wives fans feel sorry for Meri, the first wife losing out to Robyn, the fourth wife in the family, Christine may feel it the most. In the last season, Meri had an awkward discussion with Christine. During that, Meri said she felt unwanted and unwelcome. In an aside to the camera, Christine explained her focus was working on her marriage with Kody and she just didn’t need all the baggage.

Meri Brown seems strong-willed and more independent these days. In fact, it almost seems as if she moved on from the rest of the family. However, Christine seems determined to keep close to Kody, so if he’s permanently living with Robyn, she must feel hurt. Meanwhile, Janelle Brown just looks quite sad and went very quiet on her social media.

What do you think about Kody Brown reportedly spending most of his time with Robyn? Recall that in all the seasons that we watched, he always rotated where he lived in the past. Sound off your thoughts in the comments below.