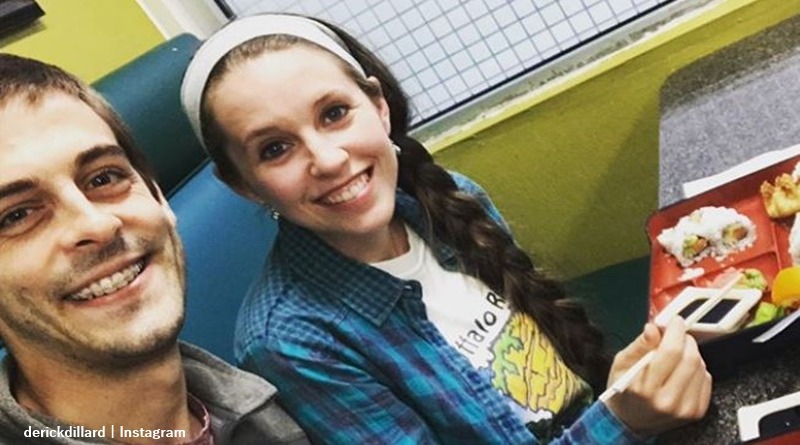 Counting On‘s Derick Dillard’s often slammed no matter what he does. This Mother’s Day was no different from most of his social media encounters. He took to his Dillard Family Blog and wrote up a long piece honoring both his wife Jill Duggar, and his own mom. That’s what most people do on that special day every year. However, as Derick didn’t post up about it on his Instagram, fans of the show slammed him. Later, he did post on Instagram and directed his critics to the blog itself.

Unbelievably, critics of Derick Dillard managed to work themselves into a froth of anger over an innocent picture of their son Israel. Sometimes, it seems people just follow the Counting On couple to criticize. On Mother’s Day, Derick went to the Law School library. There, he took a photo of Israel standing up and looking at all the books. Lots of comments came about how an interest in books should be encouraged. However, it didn’t take long for the trolls to arrive on his Instagram.

Amongst others with nothing better to do on a Sunday (maybe they don’t have mothers to spend time with?), one user really slammed Derick. They posted up, “Why don’t you post a Happy mothers day post for your wife? I mean she carried YOUR CHILDREN in her body for 9 months and had to have a C-section(which is a major surgery) for the both of them. Selfish and ungrateful of a husband much?” Derick responded, noting if he does post they get in his face. If he doesn’t they get in his face.

Loved spending some quality time with my oldest son, who accompanied me as I wrapped up some stuff on campus today 🙂 #futurelawhog

Derick Dillard, Counting On alum, honored Jill and his mom in a long blog post

Actually, what those Counting On critics didn’t know, was that Derick wrote a long piece on his blog. In it, he honored both his mom and his wife Jill. In fact, lots of things he said about the mothers in his life were very complimentary. Derrick noted that Jill’s, “on call 24/7. Every day is a new high-stakes, winner-take-all environment as the tiny humans are always testing her to see if she can adjust to new ways they’ve developed to try to kill themselves.”

He added, “Don’t mistake her smile and joyfulness for ease; that’s just who she is… She is selfless and always looks for a way to encourage those around her.  But most of all she’s my best friend and lover.” Plenty more things came from Derick who seemed to pour his heart and soul out for his mom and his wife, Jill Duggar. Really, he need not have gone to justify his Mother’s Day blog on social media but he did.

Happy Mother’s Day Jill! I always enjoy our weekly sushi date… and really any other time I’m blessed to spend with you! 😉 ***Special Mother’s Day post on the blog*** checkout www.dillardfamily.com or click the link in my bio.

Possibly hurt by the accusations by Counting On critics on Instagram, Derick later posted up a photo of him and Jill. It showed them out on their regular sushi date. In that photo, he wrote, “Happy Mother’s Day Jill! I always enjoy our weekly sushi date… and really any other time I’m blessed to spend with you! ;)”  Plus, he mentioned people could go and read his special Mother’s Day post on his blog.

What do you think about Derick Dillard writing a beautiful blog to his wife Jill to honor her on Mother’s Day? Do you think critics on social media who slammed him were wrong? Should he have actually posted up a late Mother’s Day greeting to Jill? After all, he really owed his critics nothing at all. Sound off your thoughts in the comments below.