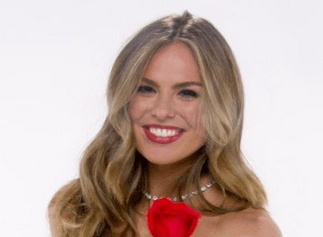 It might seem like everyone is a fan of ABC’s The Bachelor and The Bachelorette. Plenty of people watch the shows religiously and enjoy them. Of course, every show has its critics.

Earlier this week, talk show host Kelly Ripa spoke out about how she feels about the two shows. Kelly co-hosts Live with Kelly and Ryan with Ryan Seacrest.

During the episode, Kelly says, “Guys, you know how I feel about this show. It disgusts me.” Later, she continues and says, “And I thought that I was disgusted because I couldn’t stand the idea of 25 exceptional women fighting over one ordinary fella, in my opinion. You know how I feel, ladies: We are too special to be arguing over a guy.”

Since she made this statement, people have had a lot to say about it. Even Chris Harrison, the host of The Bachelorette, shared his thoughts on Kelly’s statement. He sent out a tweet saying, “Look out #BachelorNation ⁦@KellyRipa⁩ is coming after you and your ‘disgusting’ Monday night habit.”

Then, Mike Fleiss, the creator of the show, sent out a tweet directed at Kelly and said, ” “Easy, @KellyRipa … #TheBachelor franchise pays your salary!”

How did the 2019 Bachelorette star react?

2019’s leading lady on The Bachelorette is Hannah Brown, who is more commonly referred to as Hannah B. Because she has such a prominent role on the show, anyone following the drama has expected a response from her.

As it turns out, Hannah B. was scheduled to be a guest on Live with Kelly and Ryan on Thursday. After hearing what Kelly had to say, Hannah B. was excited for the chance to talk to her about the show.

Later, Hannah B. spoke with PEOPLE about her appearance. She said, “I was glad I had an opportunity to be on the show and talk about my world. Kelly obviously doesn’t have the same opinions about the show that I am on, so it was great for me to be able to share my views being someone that has actually been a part of the show.”

Then, Hannah B. shared how The Bachelorette has been positive for her, saying, “It has bettered me and empowered me.” Because she has been on the show, she knows this firsthand. It’s different to be on the show than to watch it.

She said, “There are always going to be people who don’t understand or want to say something negative. But ultimately I try to put my focus on the people who have been supportive and loving and encouraging throughout my journey.”

Finally, Hannah B. said, “I don’t take it personally at all. We can agree to disagree.” She has a good attitude about the whole thing and knows that it is Kelly’s own opinion.

What do you think of what Kelly had to say about The Bachelorette? How do you feel about Hannah B.’s response? Let us know in the comments below!